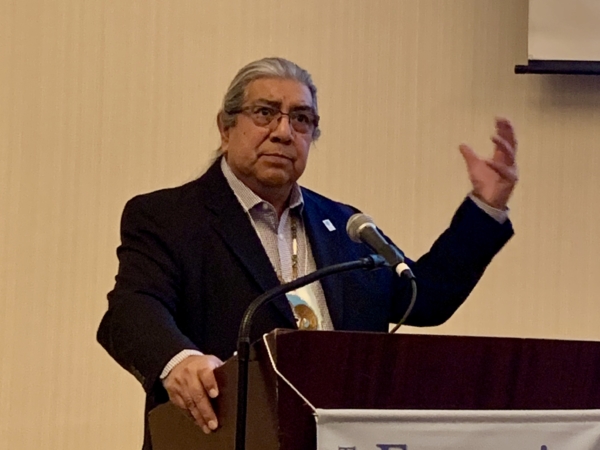 [Episcopal News Service – Salt Lake City] “The first thing I want to say is that we, as a nation, are in big trouble,” said Forrest S. Cuch at the meeting of The Episcopal Church’s Executive Council on Feb. 13.

“And due to the extreme degree of cruelty and nastiness that is being displayed in our nation’s capital, I believe it is of a diabolical nature. And it needs to be taken seriously.”

Cuch – a longtime leader of the Ute people, former director of Utah’s Division of Indian Affairs and the bishop’s warden at St. Elizabeth’s Episcopal Church on the Uintah-Ouray Ute Reservation – knows what it’s like to live in a nation facing big trouble, as a member of a tribe that has persevered through genocide, oppression, disease and a multitude of other adversities. On behalf of the Diocese of Utah, he spoke to council on the first day of its three-day meeting at the Hilton in downtown Salt Lake City on the topics of racism and reconciliation from an indigenous perspective.

Executive Council, a 43-member body tasked with enacting the policies adopted by General Convention, meets at least three times per year. Its various committees bring forth resolutions to be voted on by the full council, whose high-ranking members – including the presiding bishop and the president of the House of Deputies – also typically hear presentations on specific topics of interest to the entire church. Although Presiding Bishop Michael Curry was unable to attend the first day of the meeting due to a minor illness, the rest of council shared a Eucharist and witnessed a heart-wrenching presentation on how the “Doctrine of Discovery” dehumanized Native peoples. 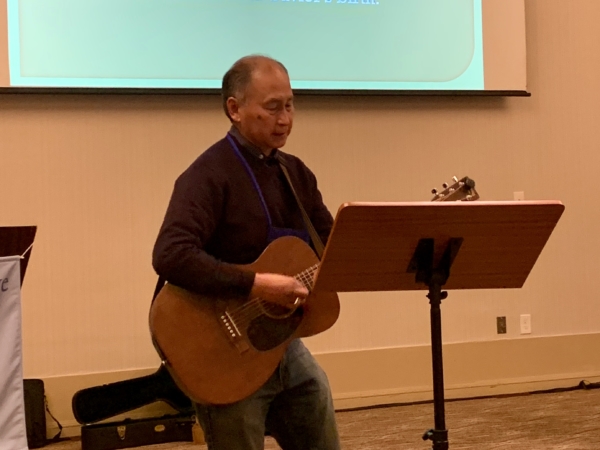 The Doctrine of Discovery, a broad concept that asserted the superiority of white Europeans and their descendants over indigenous peoples, was used to justify the taking of Native lands and the forced assimilation of Native peoples, among countless other injustices. The Episcopal Church formally rejected the doctrine and repented for its complicity in it at the 2009 General Convention, but the presentation given to Executive Council in Salt Lake City showed ways in which it lives on.

Cuch, the Rev. Cornelia Eaton of Navajoland and the Rev. Angela Goodhouse-Mauai of North Dakota (both members of council) shared, through personal and historical narratives, how the church can be an instrument of oppression and erasure of Native peoples or a source of strength and empowerment for them.

“In The Episcopal Church, we meet in the paradox of everything,” Goodhouse-Mauai said. “And it’s always the ‘both/and’ – how do we meet in the middle to continue this work together that we’re called to do?” 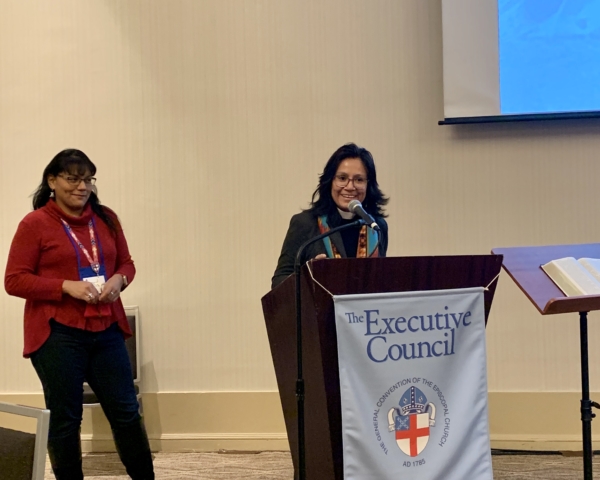 Churches – including The Episcopal Church and The Church of Jesus Christ of Latter-day Saints – played a central role in the sweeping history of indigenous oppression in Utah that Cuch presented to council. Cuch’s people and other tribes were slaughtered by settlers; killed off by diseases; removed to ever-shrinking reservations; and stripped of their land, language, culture and spirituality. In residential schools, they were separated from their parents and subjected to physical and sexual abuse.

Those deep injustices linger on today in forms like intergenerational trauma, Cuch said, but new injustices continue to manifest the centuries-old idea of Native peoples’ inherent inferiority. The gruesome realities of massacres committed by white settlers on Native communities are still being covered up today, Cuch told council. And political actions like President Donald Trump’s 85% reduction in the size of the Bears Ears National Monument in southeast Utah – the first national monument created at the request of Native tribes – continue to show a lack of respect for the dignity of Native peoples.

The Episcopal Church, which has made racial reconciliation a cornerstone of its mission, can and should be at the forefront of the movement to undo the damage of the Doctrine of Discovery and root it out where it still grows, the presenters said. The Rev. Michael Carney, vicar at St. Elizabeth’s, showed some of the many ways his church is working to heal and renew the people of the Uintah-Ouray Ute Reservation, especially children. Through talking circles and art projects, children can share traumas openly, receive support and express difficult emotions. By bringing in Native storytellers to share the Ute creation stories, children can reconnect with the cultural heritage that was taken away from them. Gatherings of Native Episcopalians like Winter Talk and Mountains and Deserts can help heal, too, Carney said.

Other topics on the agenda for the Salt Lake City meeting include preparations for the 2021 General Convention and updates on diocesan assessments and the status of the readmission of the Episcopal Church of Cuba as a diocese. On Feb. 14, Kristine Stache, interim president of Wartburg Theological Seminary, affiliated with the Evangelical Lutheran Church in America, will give a presentation on understanding and addressing the metrics of membership decline found in the most recent parochial report results.