[Episcopal News Service] The General Convention resolution aimed at making marriage rites available to same-sex couples in all the church’s domestic dioceses took effect more than a year ago, in December 2018, though the pace of implementation has varied between the handful of dioceses that previously had refused to offer the rites.

Supporters of the new rites were particularly critical of Diocese of Florida Bishop John Howard, accusing him in January 2019 of failing to honor the intent of Resolution B012 in the process he established to comply. Howard denied those allegations.

A year later, a congregation in Howard’s diocese, St. John’s Episcopal Church in Tallahassee, is now moving forward with plans to offer the rites to same-sex couples. 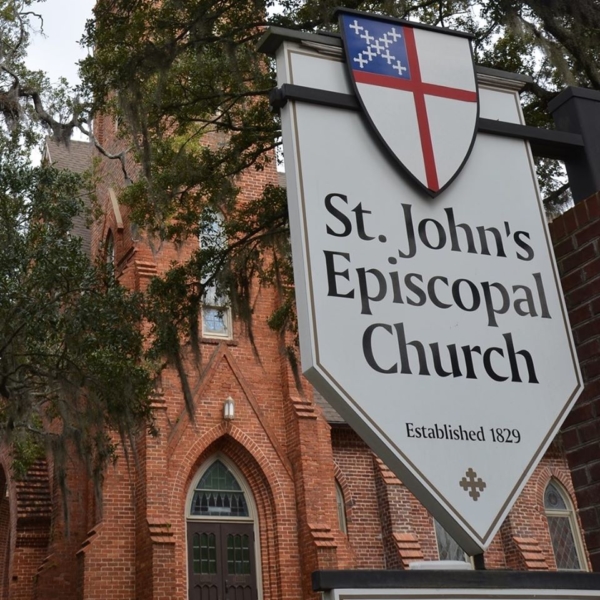 After an extended process of discernment, a committee of nine church members issued a report in December in which most of the group recommended offering the rites, and the vestry decided in late January to accept that recommendation.

“We want to do our very best to care for God’s people at St. John’s,” the Rev. Dave Killeen told the Tallahassee Democrat. Killeen, the rector, was one of the nine members of the consultation group. “All couples will be treated equally… We want to make sure everyone feels comfortable and has a place here at St. John’s — that they know they are loved and valued.”

Howard had been one of eight diocesan bishops who, citing their theologically conservative views on marriage, initially refused to allow clergy in their dioceses to use the trial rites that General Convention approved in 2015 for use in same-sex weddings. In 2018, General Convention passed B012, calling on all bishops to make provisions for allowing the rites in any jurisdiction where civil law allowed same-sex marriage.

Some of the eight holdout bishops, including Howard, announced processes that relied heavily on one provision of the resolution that specified they should ask outside bishops “as necessary” to provide pastoral oversight when congregations request to use the rites.

Howard’s canon to the ordinary, the Rev. Allison DeFoor, referred questions directly to Killeen and told Episcopal News Service by phone that Howard planned to delegate another bishop to oversee matters relating to all marriages at St. John’s. That bishop has not yet been identified, Killeen said, and Howard will continue to provide pastoral oversight for St. John’s on all other matters.

Howard “was very, very supportive of the process itself,” Killeen told ENS.

The St. John’s vestry approved use of the rites in a majority vote on Jan. 28, according to the church’s website. The decision partly drew on the input collected from parishioners at three forums, held last year in June, September and October.

“Our clergy has been in touch with Bishop Howard to share the St. John’s Vestry’s decision,” the church said on its website. “Bishop Howard has pledged to continue to wholeheartedly support the missions and ministries of this church.”

At least one other congregation in the diocese has gone through the same process. St. Peter’s Episcopal Church in Fernandina Beach notified Howard late in 2018 that it intended to offer the rites to same-sex couples, and Howard said he would delegate another bishop to provide oversight there, the Rev. Stephen Mazingo, rector at St. Peter’s, told ENS. He said he made the decision to move forward with the support of lay leaders, though no same-sex couples have yet asked to be married in the church.

Change came much faster to the Diocese of Dallas, where Bishop George Sumner agreed after General Convention in 2018 to allow same-sex marriage under Missouri Bishop Wayne Smith’s oversight. In January 2019, less than two months after B012 took effect, the Dallas diocese’s Episcopal Church of the Transfiguration and Episcopal Church of St. Thomas the Apostle held services to bless the unions of 24 gay and lesbian couples who previously had been forced to marry outside the diocese or in civil ceremonies.

Same-sex couples in the Diocese of Albany, meanwhile, have yet to benefit from a change in policy because Bishop William Love continues to refuse to allow the rites for their weddings in his northern New York diocese. Love’s decision now has become the focus of disciplinary proceedings against him, under The Episcopal Church’s Title IV Canon. A hearing in that case scheduled for late April.

The Diocese of Springfield, in the mostly rural southern half of Illinois, is another conservative diocese where same-sex marriage had been forbidden. Bishop Daniel Martins responded to B012 by reluctantly agreeing to a process similar to the one Sumner adopted in Dallas, though its implementation last year drew less fanfare.

Martins allowed the Chapel of Saint John the Divine, at the University of Illinois in Champaign, to use the trial marriage rites after delegating pastoral oversight of the chapel to Fond du Lac Bishop Matt Gunter, as Martins outlined in an October letter to the diocese.

Later that October, the chapel posted a simple congratulations on its Facebook page to “Andrea and Sarah on the blessing of the marriage today!”