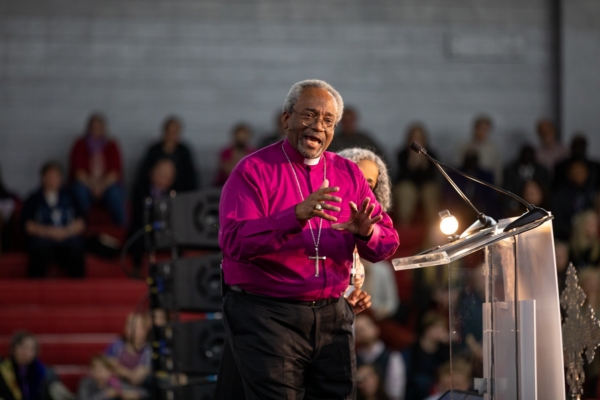 [Episcopal News Service – Atlanta, Georgia] When it came time for the passing of the peace at ReviveATL, the rousing revival service on Jan. 22 featuring Presiding Bishop Michael Curry that coincided with the Rooted in Jesus conference, Atlanta Bishop Robert Wright told the crowd of between 2,000 and 3,000 people to introduce themselves to at least three people they didn’t know and greet them in the name of God.

“The peace of the Lord be always with you,” Wright said.

“And also with you!” the audience shouted back.

“Prove it!” he urged them, and the arena at Clark Atlanta University became a sea of handshakes, hugs and laughter. 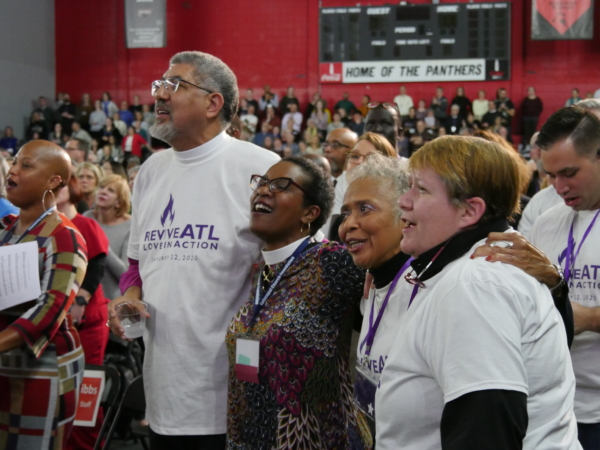 At left in the ReviveATL shirt, Atlanta Bishop Robert Wright joins others in singing at the revival service. Photo: Egan Millard/Episcopal News Service

Proving the reality of God’s love – by welcoming strangers and caring for the needy and forgotten – was a central theme of the revival and the four-day conference, which features workshops and presenters from across The Episcopal Church on topics like innovative ministry in the secular age, strategies for reaching new communities, digital evangelism and civic engagement. 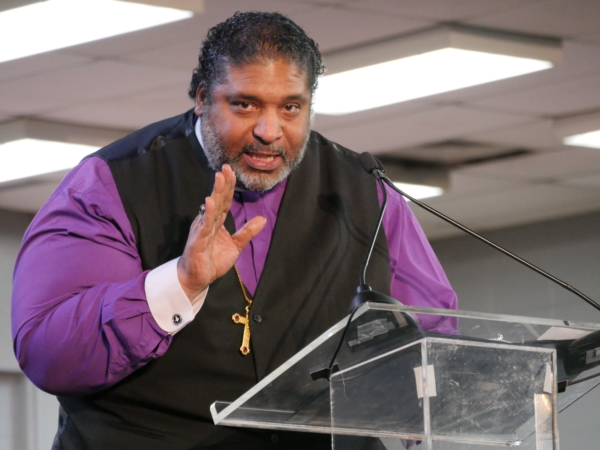 The conference officially kicked off earlier in the afternoon with an address from the Rev. William Barber II, the Disciples of Christ minister and activist who founded the Moral Mondays movement in North Carolina, which has since spread around the nation. Barber – a friend of Curry’s who also hails from North Carolina – is now spearheading the Poor People’s Campaign, a reboot of Martin Luther King Jr.’s efforts on political and economic injustice. The Episcopal Church is an official co-sponsor of the campaign, which will hold a march on Washington on June 20.

The revival drew a diverse crowd of conference attendees and locals, including a busload of seniors from a nearby retirement home and a lively gaggle of teens from the Diocese of Atlanta’s youth programs. It opened with a multilingual prayer of invocation, with several languages interweaving and overlapping, and almost the entire service was translated into Spanish, either by the presenters themselves or on screen. Prayers and hymns alternated between English and Spanish.

Featuring performances from the choirs of Clark Atlanta University, a private historically black university, and local churches, the service was structured around four groups of people that the Diocese of Atlanta is making special efforts to reach out and serve: children, refugees, prisoners and veterans. For each category, a video of testimonials from people in the diocese was shown, illustrating the challenges members of the group face and the kind of help they need. Each video was followed by a speaker from the highlighted group.

A Rwandan refugee named Anamaliya, identified by first name only, told the audience how her parents and four siblings were all killed in the 1994 genocide. A Christian family welcomed her in, she said, and from them, she learned the power of love and forgiveness and was able to move on and help others seeking refuge from war.

“I have dedicated my life to help and advocate for refugees, especially single moms who come here full of hope, regardless of the horror they have experienced,” she said. “We must give back to our community and be kind to foreigners in our land.”

Dock Anderson shared his firsthand knowledge of how welcoming The Episcopal Church can be and how transformative that experience was for him. A recovering addict who served time in prison on drug charges, Anderson had a hard time finding work as a church musician and felt excluded from churches because of his sexuality. But St. Margaret’s Episcopal Church in Carrollton, Georgia, saw him differently. When he showed up to interview for the organist and choirmaster position with his boyfriend, “no one batted an eyelash,” he said.

“And when the time came to share my story of addiction, incarceration and recovery with the search committee, I was told that my story, rather than being a liability, should be viewed by the congregation as a gift,” Anderson said to enthusiastic applause. “I know that all are welcome in The Episcopal Church. Well, if they will hire an openly gay convicted felon who shows up for his job interview with his boyfriend, they will certainly welcome you as well!” 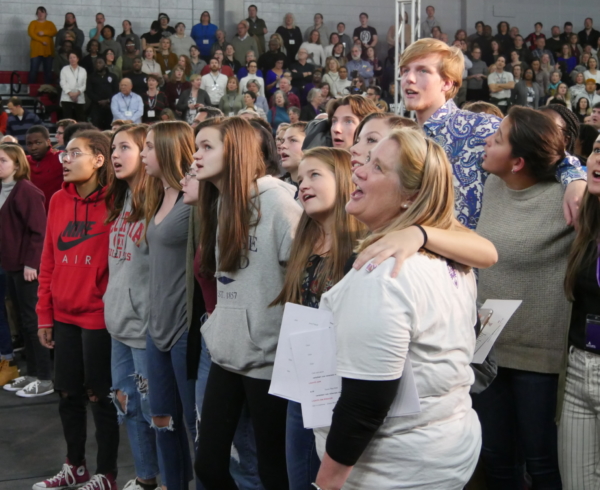 Bursting with excitement, Curry urged the crowd to break through the political and cultural barriers that increasingly separate Americans from one another.

“Love of neighbor is affirmative action on steroids,” Curry exclaimed. “If there’s a Democrat in the house … if you love your neighbor, you’ve got to find yourself a Republican and love that Republican!

“And if there’s a Republican in the house, I want you to find the most liberal Democrat you can get your hands on and you love that Democrat!

“And if there’s an independent in the house, you can love anyone you want! But love somebody!”

The conference continues through Jan. 24 at various venues in Midtown Atlanta.