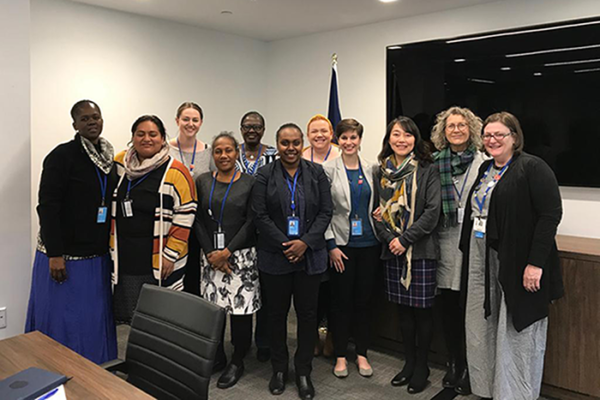 [Anglican Communion News Service] An end to gender-based violence and the role of faith communities in the fight for gender equality are among the issues highlighted by the Anglican Communion Office at the United Nations (ACOUN) ahead of this year’s meeting of the U.N.’s Commission on the Status of Women. The 64th UNCSW meeting in March will mark the 25th anniversary of the keynote Beijing Declaration and Platform for Action.

In an official statement to the UNCSW, ACOUN is also highlighting the need for a strong response to the threat of climate change and the importance of the voices of women on the front line of creation care, particularly indigenous women; as well as investment in economic empowerment for women.