Editor’s note: Kara Mauai was found safe in Texas this week in the Dallas area, her family and the Standing Rock Sioux Tribe announced Jan. 22, though the circumstances weren’t immediately clear.

[Episcopal News Service] Episcopal leaders on the Standing Rock Sioux Reservation are helping to organize an ecumenical prayer service Jan. 10 to show solidarity with the family of a woman who has been missing since November, as tribal members prepare to launch their latest search for the woman. 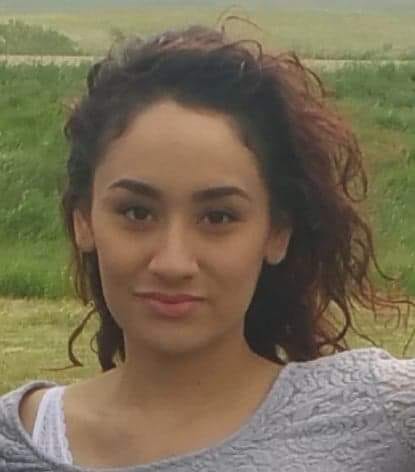 Kara Mauai, 30, missing since Nov. 8 on the Standing Rock Sioux Reservation, is seen in a photo shared on the “Bring Kara Home” Facebook page.

Kara Mauai, 30, was baptized at St. Luke’s Episcopal Church in Fort Yates, North Dakota, and her extended family is still active in the congregation, according to the Rev. Sloane Floberg, a deacon.

“Of course, it’s a mother’s worst nightmare, not to hear from her daughter,” said Floberg, who also works with Standing Rock teens as a mental and behavioral health counselor.

Her husband, the Rev. John Floberg, is rector of the three Episcopal congregations on the part of the reservation in North Dakota, including St. Luke’s. He is planning the Jan. 10 prayer service with a Roman Catholic congregation, and people of all faiths are welcome. It will be held at 9:30 a.m. in a Fort Yates building known as the TERO, or Tribal Employment Rights Office. Volunteers are scheduled to gather after the service to resume their search for Mauai.

Some of the searchers plan to brave the winter cold on horseback, while Episcopal leaders have offered the use of church vans as needed, John Floberg said.

“We remain hopeful that Kara is alive,” he said in an email, though her disappearance has rattled the community. “This isn’t like Kara to go so long without making contact with her mother or other members of her family.”

On Jan. 8, two months after Mauai was last seen, the Standing Rock Tribal Council passed a resolution calling for an emergency declaration in response to the prevalence of drug use, which may be contributing to disappearances and killings on the reservation.

“The increased presence and use of dangerous narcotics has destroyed families and the lives of our people,” the resolution says, according to text that Floberg shared on Facebook. In declaring a state of emergency, the tribal council hopes to draw on greater assistance from the Bureau of Indian Affairs “to address the dangerous drug epidemic that is directly related to violence, human trafficking and missing, murdered and indigenous women.”

Violence against women and disappearances have fueled growing concerns in other indigenous communities in the United States, as well. A New York Times report in December noted that some activists accuse federal agencies and law enforcement officials of disregarding Native Americans’ pleas to investigate such cases more thoroughly.

Sloane Floberg, in an interview with Episcopal News Service, said many of the children she counsels on Standing Rock are growing up in a system that offers little outside support to break cycles of addiction, and violence is an ever-present threat.

“What I am seeing is a lot of danger coming from the drug and alcohol scene,” she said.

It isn’t clear why Mauai disappeared or what may have happened to her, though on Jan. 6, searchers found some of her clothes near the community of Porcupine. About 35 volunteers had been searching the area on foot, according to the Bismarck Tribune.

Federal and tribal investigators reportedly have declined to comment on the latest developments.

The family has been communicating with supporters and seeking help in the search through a “Bring Kara Home” Facebook page, which now has more than 2,000 followers.

“Someone knows something,” a recent post says. “We are very thankful for the love & prayers.”