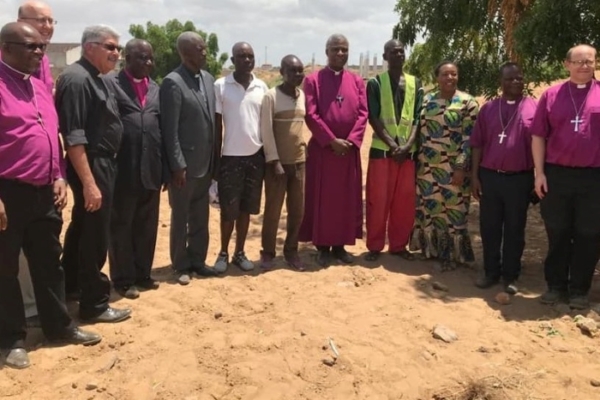 Bishop André Soares with provincial and partner clergy at the future site of the Anglican cathedral in Luanda, Angola. Photo: Anglican Church of Southern Africa via ACNS

[Anglican Communion News Service] Angola was officially inaugurated as a new Anglican diocese this week, after 16 years as a missionary diocese and more than 40 years of war.