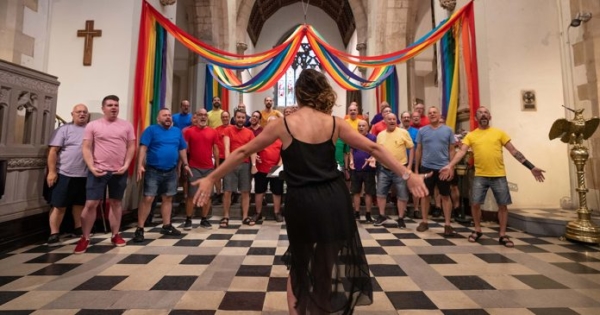 [Anglican Journal] Music played a healing role for many Anglicans after an amendment to the marriage canon that would have recognized same-sex marriage failed to pass at the Anglican Church of Canada’s General Synod 2019.

After the vote in Vancouver, queer youth delegates sang a round affirming the need to “love each other, love yourself and love your God” and were joined in song by many supporters. The next day, they sang the same round in protest outside Christ Church Cathedral, where the primatial election took place.

Now a new resource offers further potential for music as a source of affirmation and inclusion. On July 16, three days after the vote at General Synod, the Hymn Society in the United States and Canada released a new hymn collection, “Songs for the Holy Other: Hymns Affirming the LGBTQIA2S+ Community.”