[Diocese of Springfield] The Rt. Rev. Daniel H. Martins announced on Oct. 19 his plan to retire in 2021. The full announcement issued by the diocese follows. 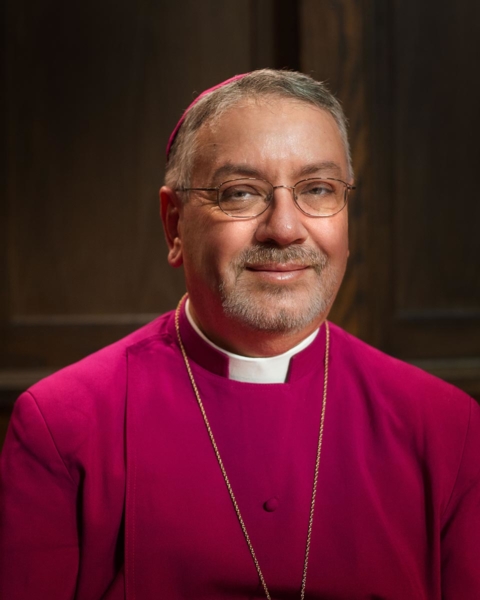 In his address to the Synod today, the Rt. Rev. Daniel H. Martins, bishop of the Episcopal Diocese of Springfield announced his intention to retire and called for the election of his successor, who will be consecrated in June of 2021.

Martins was consecrated on March 19, 2011, and has shepherded a diocese comprised of 33 congregations throughout 60 counties in Central and Southern Illinois. His ministry has included an emphasis re-imagining the way the church operates in an increasingly secular age. Specifically, he sought to begin to change the culture in the diocese about how the nature of mission in a post-Christian culture is understood and practiced. Under his tenure the constitution and canons were revised to give voice and vocabulary to this emerging attitude, whereby “parish” has become a geographic territory in which the Eucharistic Communities bear the primary responsibility for developing mission in that area. Central to this has been a canonical requirement that Eucharistic communities develop annual Mission Strategy Reports to take their community’s corporate vocation “into the neighborhood.”

The Standing Committee will oversee the election process for the 12th bishop for the diocese and holds ecclesial authority when the office of the bishop is vacant. Standing Committee President, the Rev. Mark Evans, who spoke on behalf of the diocese, “We give thanks to Martins for his service. Now we turn a new chapter in the diocese’s life. It is my prayer that we engage with that shift faithfully, support one another spiritually and practically and that we discern through the Holy Spirit who will be our next shepherd.”

Speaking of his remaining time as bishop, Martins emphasized the need to focus on the mission of the diocese during this time of transition, “Even as we’re obsessing about the election process — and I’ll surely be obsessing along with you — let’s not forget that we have a mission to pursue, a gospel to proclaim, souls to lead to Christ, and baptisms to perform. We are and remain one church, organized for mission into geographic parishes, manifested in eucharistic communities and communities-in-formation, with a goal of being concretely incarnate in all of the 60 counties of central and southern Illinois. Thank-you for the indescribable joy of sharing this ministry with you.”