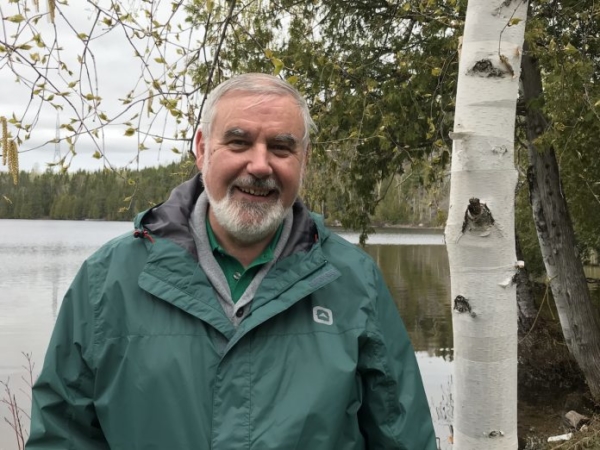 Dennis Drainville, former bishop of the Diocese of Quebec in the Anglican Church of Canada. Photo: Cynthia Dow/Anglican Journal

[Anglican Journal] Dennis Drainville, retired bishop of the Diocese of Quebec, is re-entering politics by running for the Green Party of Canada in the Oct. 21 federal election.

Drainville, who retired as bishop in 2017, announced June 5 he would be running for the Greens in the riding of Gaspésie-Les Îles-de-la-Madeleine, which covers a swath of the Gaspé Peninsula as well as the Magdalen Islands.

Drainville, who served as a member of Bob Rae’s NDP government in Ontario from 1990 to 1993, says he’s been involved in politics in some capacity his entire life, so that returning to it feels second-nature to him. His decision to re-enter now, he says, was spurred by a realization that the coming vote will be “an election like no other,” because it will require momentous decisions to be made on how to deal with the twin threats of climate change and unethical government.