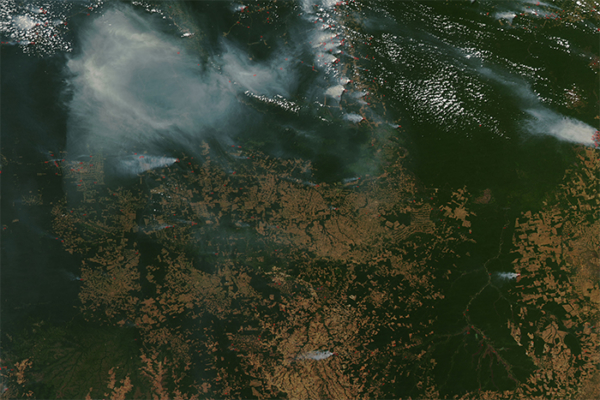 Fires burn in the Amazon rainforest. Photo: NASA via ACNS

The bishops, representing indigenous people in churches in Argentina, Bolivia, Paraguay, Perú and Uruguay, described the fires as evidence of “human pride and disobedience against God’s command to be stewards of His creation.”