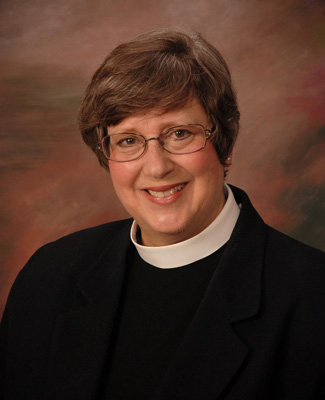 One of six nominees, Haynes was elected on the eighth ballot. Haynes, the rector of St. Paul’s Episcopal Church in Mishawaka, Indiana, received 94 votes in the clergy order and 148 votes in the lay order. Seventy-four clergy votes and 128 lay votes were necessary for election on that ballot.

Haynes earned her Master of Divinity degree at Vanderbilt Divinity School. She is married to the Rev. Thomas Haynes, and they have two grown daughters.

“I am really excited and looking forward to making the transition to Southern Virginia,” Haynes said, addressing council via Zoom after accepting the election. “Until I can get there I’m going to be saying my prayers and immersing myself in scripture and I would like to ask everyone in Southern Virginia to do the same so that when I get there we can all hit the ground running, doing the work of Jesus Christ and making him present in the Diocese of Southern Virginia.”

Pending consent of a majority of the church’s bishops with jurisdiction and the diocesan standing committees, Haynes will be ordained and consecrated on Feb. 1, 2020, with Presiding Bishop Michael Curry as the chief consecrator. Haynes will succeed the Rt. Rev. Herman Hollerith IV, who served the diocese since 2009 and retired in January 2019.

The Diocese of Southern Virginia encompasses 102 congregations from Virginia’s Eastern Shore to the Dan River.