Editor’s note: This story, initially posted Sept. 18 before Albany Bishop William Love could be reached for comment, has been updated Sept. 19 with comments from an interview with Love.

Love, who is one of an estimated 135 bishops and bishops-elect who are in Minneapolis this week for the fall House of Bishops meeting, was informed of the decision at about the same time as The Episcopal Church issued a late-afternoon press release on the update to his case. Love told Episcopal News Service on Sept. 19 that he was “thankful” that the matter had made it to the hearing panel, as he denied that he had done anything wrong.

“What I tried to do as best I can, by the grace of God, is to be faithful and obedient to that which I believe the Lord has called me to, even though it sometimes can be very difficult, and sometimes it’s not politically correct,” he said. Love also released an online statement in response to the news.

Leading up to the 2018 General Convention, Love was one of eight conservative Episcopal bishops who still refused to allow the church’s approved trial marriage rites for same-sex couples. When General Convention passed Resolution B012 to allow same-sex couples to marry in all domestic dioceses, most of the conservative bishops agreed to abide by the resolution’s requirements.

Love refused. Instead, he issued a pastoral letter and directive in November 2018 in which he called homosexual behavior “sinful and forbidden,” condemned the same-sex rites, rejected the General Convention resolution and suggested Episcopalians in his diocese would leave the church if his directive were overturned. 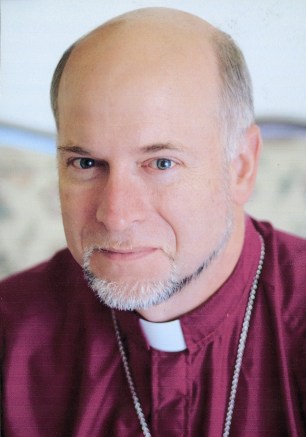 The order sent shockwaves through the diocese, which is based in New York’s capital city and includes more than 100 congregations, most of them based in less-populated communities from the Canadian border to the northern Catskill Mountains.

Presiding Bishop Michael Curry responded on Jan. 11, 2019, by temporarily restricting part of Love’s ministry as bishop because Love’s “conduct in this regard may constitute a canonical offense,” possibly including violation of his vows as bishop and conduct unbecoming a clergy member.

Love told ENS on Sept. 19 that he thought, by taking the position he did, he was upholding his vows, not violating them.

“I chose to take the action that I did, trying to be faithful and obedient to my understanding of what I believe God has revealed through Holy Scripture, what the church has taught for over 2,000 years and what the wider Body of Christ has been asking us to do,” he said.

He added that he had no intention to lead Episcopalians away from the church over the issue, though some in his diocese have told him they would not stay if same-sex marriage is allowed there.

Under Curry’s restriction, Love is “forbidden from participating in any matter regarding any member of the clergy that involves the issue of same-sex marriage,” and he is barred from penalizing any clergy member involved in marrying a gay or lesbian couple. Love appealed that restriction but agreed to abide by it while the case is pending.

Although some priests and congregations in the Diocese of Albany had expressed an openness or willingness to offer the rites to same-sex couples, there have been no reports of anyone in the diocese going against Love’s November directive.

In the church’s Title IV disciplinary process, Bishop Todd Ousley, the church’s bishop for pastoral development, serves as intake officer for disciplinary matters involving bishops. Ousley determined Love’s case merited a full investigation, and a report from that investigation was submitted to Ousley in time for the House of Bishops meeting that is now underway.

On Sept. 18, Ousley met and discussed the report with the church’s Title IV Reference Panel, which also includes Curry and Bishop Cate Waynick, president of the Disciplinary Board for Bishops. That panel voted to send the case to the Title IV Hearing Panel for further consideration.

The announcement did not specify what punishment Love might face, nor did it provide a date or timeline for when the Hearing Panel will meet. The panel is responsible for reviewing evidence and taking testimony in a setting similar to a court hearing before it rules on any disciplinary action. Though such hearings are uncommon for sitting bishops, the Love case follows the 2017 hearing when then-Los Angeles Bishop J. Jon Bruno was disciplined for his conduct in a diocesan property matter.