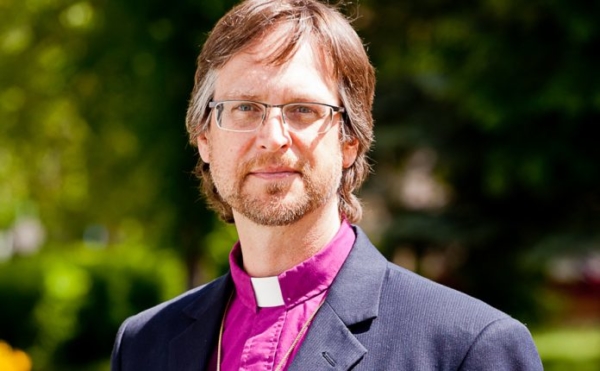 The Rt. Rev. Fraser Lawton will serve as rector of the Church of St. Dunstan in Mineola, Texas, and will also be an assisting bishop for The Episcopal Church’s Diocese of Dallas. Photo: Diocese of Dallas/Anglican Journal

[Anglican Journal] Almost exactly a decade after being elected bishop of the Anglican Church of Canada’s Diocese of Athabasca, Fraser Lawton will resign to take up positions with The Episcopal Church’s Diocese of Dallas.

Lawton’s resignation, already submitted to the diocese’s executive council, will take effect Sept. 8, according to an article in the September issue of the Messenger, the newspaper of the dioceses of Athabasca and Edmonton. Jason Haggstrom, now dean of Athabasca, will serve as administrator of the diocese beginning on that date, and an electoral synod to choose a new bishop is scheduled for Nov. 16 in Peace River, Alberta.

In a column in the same issue, Lawton says he will serve as rector of the Church of St. Dunstan in Mineola, Texas, and will also be an assisting bishop for the diocese. The plan, Lawton adds, is that in about two years he will be the diocese’s assistant bishop.

Anglican Journal reports an assisting bishop, as opposed to an assistant bishop, is normally tasked with providing short-term help.

Read the full article here. The Diocese of Dallas announced the news earlier this year here.