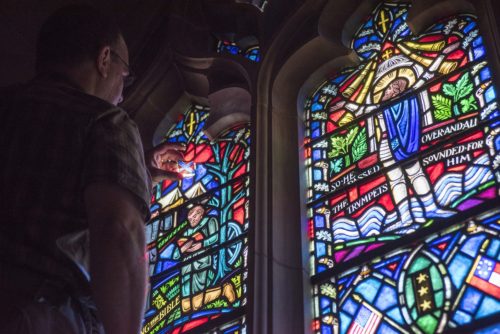 Stained glass fabricator Dieter Goldkuhle, who worked with his late father to install many of the stained glass windows at Washington National Cathedral, replaces an image of the Confederate battle flag after cathedral leaders decided in 2016 that the symbol of racial supremacy had no place inside the cathedral. A year later, the cathedral also removed depictions of Robert E. Lee and Stonewall Jackson. Photo: Danielle E. Thomas/Washington National Cathedral

A pew labeled as the one where the president of the Confederacy once worshipped.

A cathedral plaque honoring an Episcopal bishop who fought for the South in the Civil War.

Should such symbols remain on display at a time when the nation is increasingly alert to violence fueled by white supremacists who see the Confederacy as a validation of their racist hatred? With statues, plaques, artwork and other representations of Confederate figures found in Episcopal churches across the country, how should a parish priest respond?

“This is not just a historical question or a question of the political moment, but these are questions of theological issues that all Episcopal churches face in one way or another,” said Woody Register, a history professor at Sewanee: University of the South who is leading a six-year project intended to tell the full story of the Tennessee university’s ties to slavery and segregation.

The answers to those questions are the focus of a pilot workshop at Sewanee in November that was developed by two Sewanee seminary graduates, the Rev. Hannah Pommersheim and the Rev. Kellan Day. Pommersheim and Day have assisted Register with Sewanee’s Project on Slavery, Race and Reconciliation.

The workshop Nov. 5-7 will provide “tools for leading change,” guiding Episcopal priests in discernment about the Confederate symbols in their parishes. The workshop’s three parts will examine the theological underpinnings of such symbols, equip the priests with context for understanding art and symbols, and provide best practices for local action.

One core theological issue is the sin of racism. Some early Episcopal leaders, including the founders of Sewanee, promoted the myth that slavery was morally defensible and defended the myth even after slavery was abolished. It was a “story built on the subjugation of a lot of human beings,” Day told Episcopal News Service.

“I think the legacy of that racism is widespread and rampant, and one of the ways we can repent is by naming the story and sort of naming the ways it affects our built structures and sanctuaries,” she said.

Day is now a transitional deacon serving at the Episcopal Church of the Incarnation in Highlands, North Carolina. Pommersheim has signed on for another year with Register’s project team as a research associate. The two developed the workshop because they sensed that, while the nation debated Confederate symbols in public spaces, “these symbols have different meanings in a church space,” Pommersheim said. 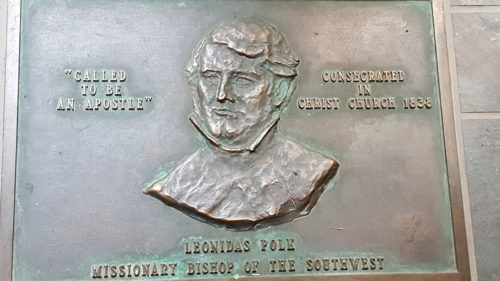 For example, Day said a Confederate figure might be seen as sanctified when depicted in stained glass, such as the Confederate generals in windows that were removed two years ago at Washington National Cathedral. The cathedral’s decision was hastened by the national uproar over a deadly standoff in Charlottesville, Virginia, between white supremacists and counter-protesters. The hate groups had gathered there for a rally in support of a Confederate statue that was the focus of a legal battle.

Sewanee and Washington National Cathedral were among the Episcopal institutions that reassessed their own Confederate symbols in the wake of the Charlottesville clashes. Christ Church Cathedral in Cincinnati, Ohio, removed a plaque honoring Bishop Leonidas Polk, a Sewanee founder who served as a Confederate general in the Civil War. In Lexington, Virginia, an Episcopal church that had been named for Robert E. Lee dropped the Confederate general from its name.

In deciding what to do about those symbols, it is critical to understand what motivated communities – and churches – to erect tributes to Confederate history decades after the end of the Civil War, Register said. Often their motivation had less to do with preserving history than with promoting the myth of the Lost Cause, which claimed the Confederacy was a failed but noble campaign.

“These memorials and monuments tend to say as much or more about the moment in which they were installed than they do about the period or persons they memorialize,” he said. 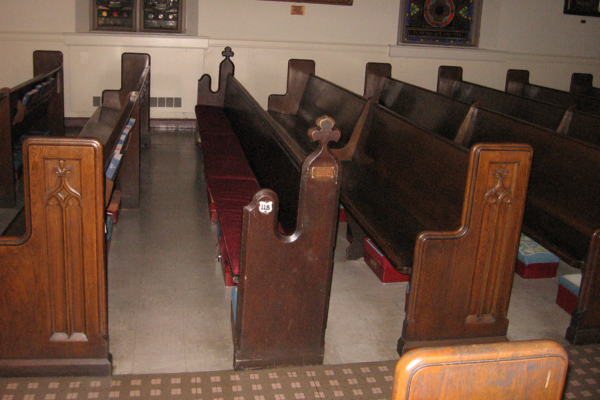 The so-called Jefferson Davis pew was a longtime icon at St. John’s Episcopal Church in Montgomery, Alabama, until its removal last year. Church leaders researched the pew’s history and found that its ties to Davis were false and that a dedication ceremony in 1925 was a political act steeped in racism.

The Rev. Jamie Osborne, associate rector at St. John’s, was one of 13 bishops and clergy members whom Pommersheim and Day interviewed to build a curriculum for their workshop. Osborne will be leading one of the workshop’s sessions, along with Sewanee art professor Shelly MacLaren and the Rev. Molly Bosscher, who spent four years as associate rector at Richmond, Virginia’s St. Paul’s Episcopal Church, once known as the Cathedral of the Confederacy.

This initial workshop received a $5,000 grant from the Jessie Ball duPont Fund and is only open to Episcopal clergy grappling with Confederate symbols at their churches. Pommersheim and Day hope to recruit up to 15 participants, and afterward, they will assess what worked and what changes would make the curriculum stronger.

Gathering face to face has the advantage of creating a support network of clergy members grappling with the same questions, they said. One of the intended lessons of the workshop is that it is helpful first to create a space for the parish to talk openly and respectfully about these issues.

“How can you pastorally make the best decision but also bring people along with you while you’re making that decision?” Pommersheim said. 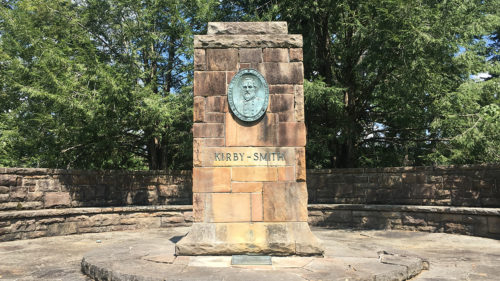 Edmund Kirby-Smith was a Confederate general who later taught mathematics at the University of the South at Sewanee, Tennessee, where this monument to the general is located. It was moved in 2017 from this location to the university cemetery. Photo: Caroline Carson

The workshop also serves as a milepost for the work of Register’s project team, which already has completed substantial research into the history of the university and the 28 Episcopal dioceses that still own and govern it today. Some of that research is informing how Sewanee’s administrators handle Confederate symbols on campus, such as the decision two years ago to relocate a monument honoring Edmund Kirby-Smith, a 19th-century Sewanee professor who previously served as a Confederate general.

As part of the Slavery, Race and Reconciliation project, the team has spent the last six months launching an oral history campaign to record old stories of African American life in the community of Sewanee. The university received $12,000 from the National Endowment for the Humanities to purchase electronic equipment to scan historic photos and produce audio recordings.

The team is considering how to maintain such collections and research after the project winds down in three years. Whatever the outcome, Register says, the research is about more than local history.

“Sewanee’s story is not just a mountaintop story, and it’s not just an Episcopal story, though it certainly is that,” Register said. “Its history is the history of race and religion and higher education throughout the United States.”