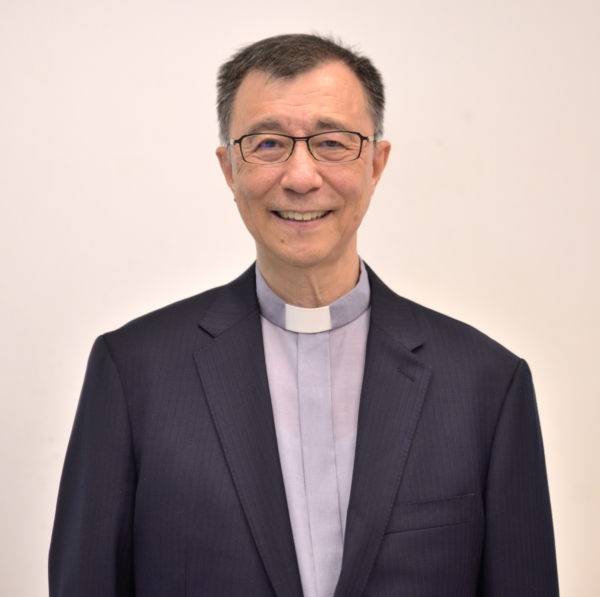 The Rev. Lennon Yuan-Rung Chang was elected bishop of the Diocese of Taiwan on Aug. 3, 2019, at a special election convention held at St. James’ Episcopal Church, Taichung. Photo: Diocese of Taiwan.

Chang, 64, is married to Hannah Fen-Jan Wei, with two adult daughters and two small grandchildren. He graduated in 1975 with a diploma in industrial engineering from St. John’s and St. Mary’s Institute of Technology, the predecessor of St. John’s University, Taipei, where he was also baptized in 1970. Armed with bachelor’s and master’s degrees, and later a Ph.D., he was associate professor of mathematics at St. John’s University from 1983-2016. Chang’s theological training was through the diocesan Trinity Hall Theological Program, and after ordination as deacon in 1995 and priest in 1999, he became chaplain of St. John’s University (1997-2016) and vicar, later rector, of Advent Church on the St. John’s University campus, which serves as both university chapel and parish church.

Chang is passionate about The Episcopal Church and the unique role of St. John’s University, with its Episcopal foundation and chaplaincy ministry. Leading students to Christ through the chaplaincy, nurturing them through discipleship, and leading them on short-term mission trips within Taiwan and overseas has been a blessing for the whole of the The Episcopal Church in Taiwan. He looks forward to continuing that ministry as bishop, focusing on mission and evangelization, leading the church forward in faith and witness. In his acceptance speech after the election, Chang said, “Building on the work of Bishop David J. H. Lai over the past 20 years, I will continue to go forth in the name of the Lord.” His inspiration and role model is Bishop James C. L. Wong (bishop of Taiwan, 1965-70, and founder of St. John’s University), whose motto was  “Transforming lives through the life of Christ.” Chang continued, “In the future, I will inherit Bishop James Wong’s legacy motto, to lead all of you to commit to this comprehensive mission.”