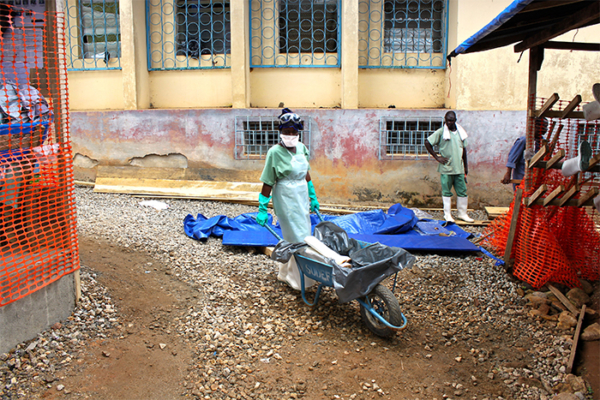 [Anglican Communion News Service] Anglican churches in the Democratic Republic of the Congo are playing a vital role, alongside health care agencies, in the fight against the world’s second-largest outbreak of Ebola in the northeast of the country.

The Archbishop of Congo, Masimango Katanda, said the church was attempting to raise awareness of the reality of the virus and tackling misinformation. He said:“The main role of the church at this time is to raise awareness… Ebola concerns everyone. We will encourage all church members to be informed and follow the advice so that they can take care of themselves. We will work with pastors, youth, school heads, Mothers’ Union and others – so that all can be involved together to eradicate this disease.” He also said churches in the affected areas have set up different points for hand-washing and temperature checks, and are also working alongside the humanitarian agencies involved in the crisis.