[Episcopal News Service] In 1971, St. Christopher Episcopal Church in League City, Texas, gave a Bible to a parishioner, David Scott, to take with him on a business trip. To this day, the congregation still has not gotten it back.

That’s because he left it on the moon.

As the world commemorates the 50th anniversary of the Apollo 11 moon landing on July 20, the parish southeast of Houston is remembering its own small part in the history of space exploration. The Bible they presented to Scott appears to be the only one ever left on the Moon, and perhaps the only Bible outside Earth today. 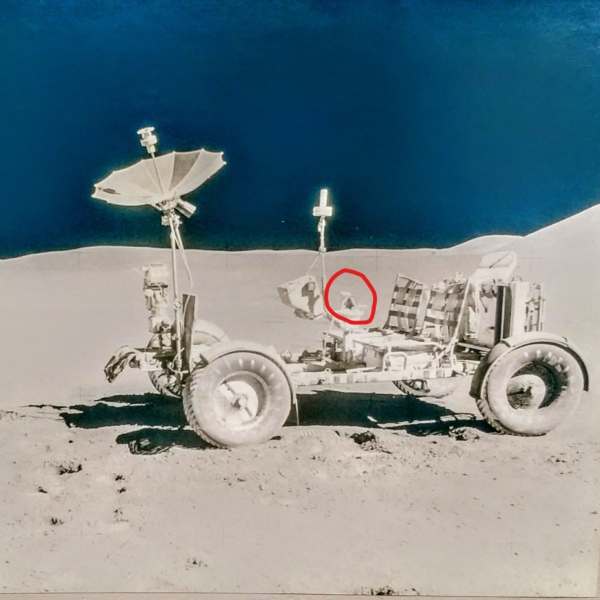 The Bible left by David Scott is shown in the red circle. Photo: NASA via St. Christopher Episcopal Church 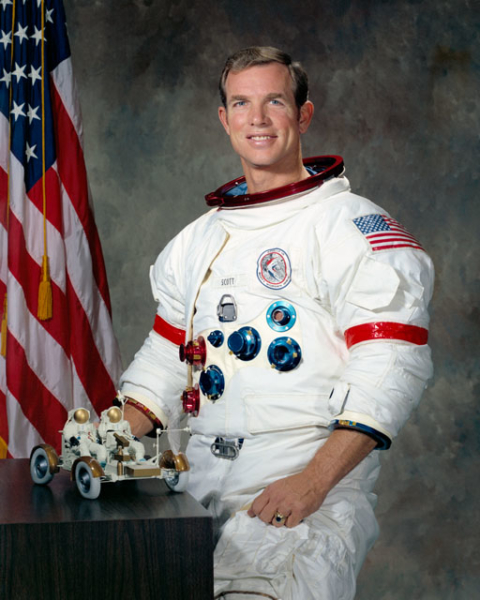 David Scott was the commander of Apollo 15. Photo: NASA

Scott was the seventh person to walk on the moon (one of four living people to have done so) and the commander of the Apollo 15 mission. When Apollo 15 launched, Scott was carrying the Bible his parish had given him, though it’s unclear whether this was officially allowed. Apollo astronauts were permitted to bring personal items with them in small bags with weight restrictions. Earlier that year, Apollo 14 astronaut Edgar Mitchell took 100 microfilm Bibles – the entire King James Version printed on a 1.5-square-inch piece of film – with him to the surface of the moon, but he brought all of them back to Earth.

Apollo 15 was the first mission to bring a lunar rover to the moon, and Scott was the first person to drive it there. On Aug. 2, 1971, just before returning to Earth, Scott placed the St. Christopher Bible on the lunar rover’s control panel. He walked to a nearby hollow, where he placed a memorial plaque and statuette honoring the astronauts who had died during their missions, and then he returned to the lunar module. (This was kept secret until the post-mission press conference.) 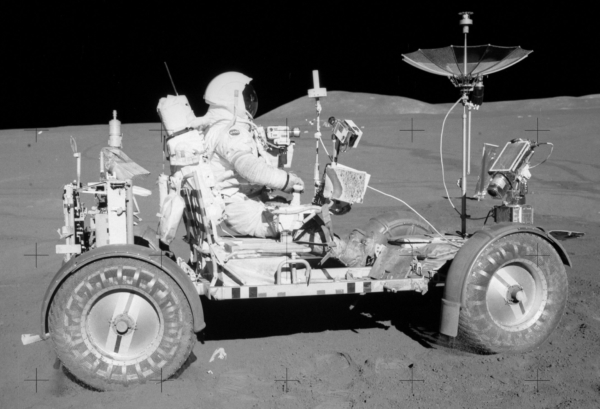 Scott, who recalled the moment in the book “Two Sides of the Moon,” later presented to his parish a signed copy of a photo showing the Bible sitting exactly where he left it on the lunar rover. That’s where it remains today: in the moon’s Sea of Showers, between Hadley Rille and the Apennine Mountains.