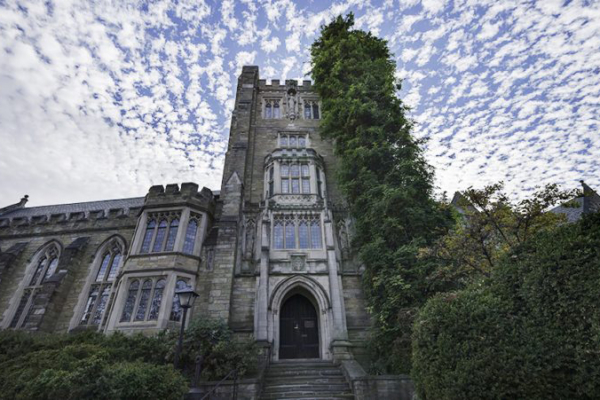 [Episcopal News Service] Washington National Cathedral announced June 6 its plans to renovate a building that once housed its College of Preachers and reopen it as a hub of faith programming and spiritual formation, with help from two gifts totaling $22 million.

The College of Preachers opened in 1929, but the building has been vacant and deteriorating since 2008, when it closed amid the Great Recession. It is scheduled to reopen in 2020 as the Virginia Mae Center, according to an article in the cathedral’s summer issue of its Cathedral Age magazine that was posted online.

The center will provide space for the cathedral’s new programing arm, the Cathedral College of Faith and Culture. Programing will include conferences, forums, retreats and pilgrimages.

“The College of Faith and Culture is the lynchpin for so much of what we hope to do at the cathedral over the next five to 10 years,” the Very Rev. Randy Hollerith, the cathedral’s dean, said in Cathedral Age. “A renewed college will position the cathedral for a new century of ministry.”

Plans for the 27,000-square-foot Gothic structure that was home to the College of Preachers across eight decades also were detailed in a Washington Post article that coincided with the cathedral’s announcement.

The project is made possible by a $17 million gift from Virginia Cretella Mars, married to an heir of the Mars candy fortune, and her children, as well as a $5 million gift from Andrew Florance and his wife, Heather. Florance founded the CoStar Group and also chairs the cathedral’s board.

Mars, a longtime parishioner at the cathedral, expressed excitement over the project.

“For years, I have loved the building that we all know as ‘The College,’ and the new Cathedral College of Faith and Culture will create space for us to deepen the ties between one another and to come together to find new, better paths forward,” Mars said in a cathedral news release. “In these divided and polarized times, we need the convening power of this cathedral to call us to our highest ideals and aspirations as a nation, and I’m thrilled that this building will be able to bring people together once more.”

The Virginia Mae Center, adjacent to the cathedral on the northeast side, will be able to house up to 40 people in 30 guests suites, for short stays and long-term residencies. The Cathedral College of Faith of Culture will be made up of three institutes: the Institute for Music, Liturgy and the Arts; the Institute for Ethics and Public Engagement; and the Institute for Spirituality and Leadership.

“Consistent with the work we’ve done over the past four years to balance our budget, this project will be supported by an endowment, ensuring that we will be able to continue investing in our congregation, our city, the Cathedral building restoration, and our ongoing national events and programming,” Hollerith said in the cathedral news release.

The cathedral, meanwhile, continues to raise money for repairs to its main structure after it sustained considerable damage in the 2011 earthquake that hit the capital area. Those repairs are being done in phases as money is raised, with the cathedral about halfway toward covering the estimated $34 million cost. Its latest fundraiser offers the public the opportunity to help build a large-scale model of the cathedral out of Lego bricks.