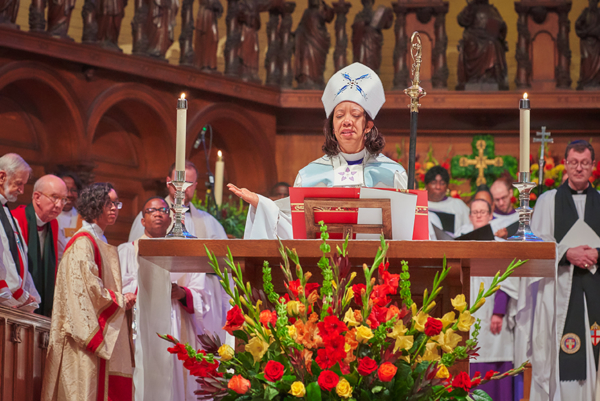 On May 19, the newly consecrated bishop was formally welcomed and seated at Saint John’s Cathedral at the 10:30 a.m. service. Her seating in the cathedra, or bishop’s chair, is symbolic of the bishop’s office.

Lucas grew up in Spring Lake, North Carolina, and received her Bachelor of Science degree in biology from Wake Forest University. She received her Master of Divinity, New Testament, at Union Theological Seminary in New York. Lucas and her husband, Mark Retherford, have four children.

Lucas succeeded the Rt. Rev. Robert O’Neill, who had served for 15 years. The Episcopal Church in Colorado was established in 1887 and has approximately 30,000 members across 96 parishes and missions in Colorado.