[Episcopal News Service — Hong Kong] Anglicans across the communion are beginning to see how to live a Jesus-shaped life in the “season of intentional discipleship.”

That was the message here April 30 as Anglican Consultative Council members attending the council’s 17th meeting spent the morning discussing the modern version of what many said has been the foundation of Christianity since Jesus told the disciples to be his witnesses to the ends of the earth.

Meeting in Lusaka, Zambia, in 2016, the ACC accepted a report titled Intentional Discipleship and Disciple-Making: An Anglican Guide for Christian Life and Formation and called (via Resolution 16.01) for a “season of intentional discipleship” from then until ACC-18, which is likely to be held in 2021. 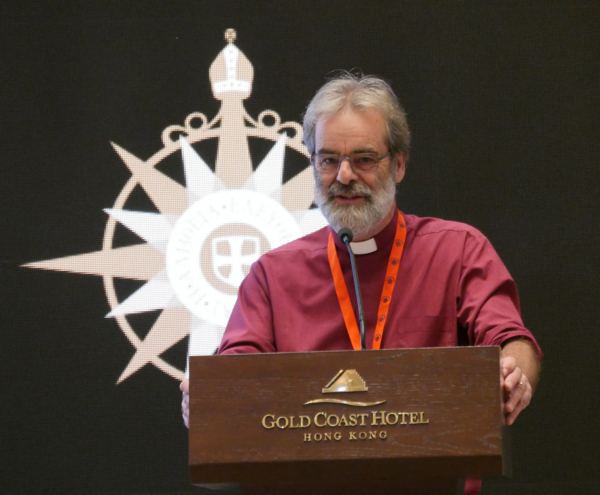 Northern Argentina Bishop Nick Drayson, a member of the committee guiding the initial work, told the council April 30 that the term “intentional discipleship” needs some unpacking. The group coined the phrase “Jesus-shaped life” because, he said, “it makes more sense.” He said the phrase refers to the lives of individuals and communities being shaped by Jesus “rather than the world or anything else molding us,” while also being examples to others.

The Rev. John Kafwanka, Anglican Communion Office director of mission, agreed. “We have talked a lot about Jesus but sadly many people have not seen Jesus in us,” he said.

The hope, Drayson said, is that the Anglican Communion will become known as a group of churches made up of disciples who lead others to discipleship in all aspects of their lives, such as parenting, work, and life in one’s culture. “It’s not just about church activities,” he said. 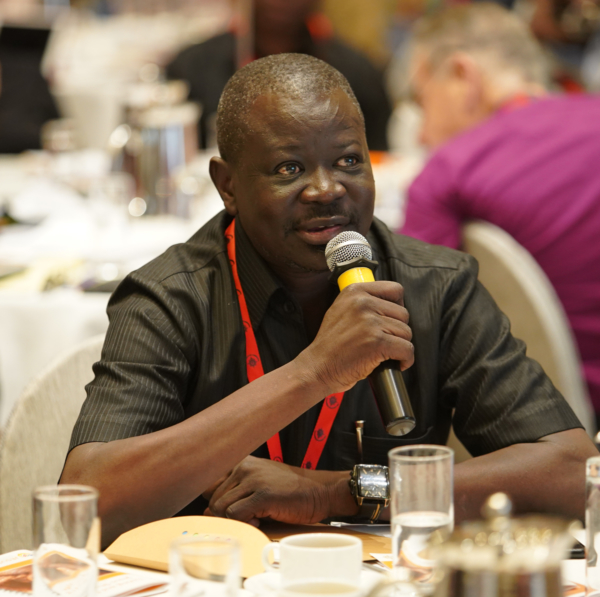 The Rev. Bartholomew Bol Deng, clergy member from the Province of South Sudan, said that most of the dioceses in his province are “young” and filled with people who were recently evangelized. Many of them need to take the next step, he said, of learning “how to be a disciple of Jesus Christ, not just to come to church.”

His comment came during one of many short report-back moments in a morning that alternated between presentations about the work and frameworks for creating context-specific programs, and table discussions among the members.

Mark Senada, a youth member from Egypt, said he believes there is a “longing for seeing good Christians who say what they do and do what they say,” just as Jesus did.

Edmonton Bishop Jane Alexander told her colleagues that the idea of intentional discipleship has been “like a train gathering speed” in her diocese after a series of activities across the Canadian diocese encouraged people to begin talking about what living a Jesus-shaped life meant. “Sometimes we have to rediscover Jesus,” she said.

There were two reasons for beginning the work, Alexander said. First, was increasing secularization. “In my context, the church can no longer assume that the story of Jesus Christ is known. Our evangelism effort can’t assume we’re reacquainting people with an old friend or a childhood memory, but it’s often a completely new introduction to God in Christ Jesus,” she said. “We’ve seen firsthand that, as much as we might wish it, the prevailing culture doesn’t bring people through our doors.”

Yet, in asking those people who are in the church to go out and tell others about Jesus, “they often don’t know where to begin,” she said. “Therefore, our discipleship efforts [up until now] have engendered a sense of shame and guilt for not having been good enough doing it.”

Second was a litany of pain from generations of trauma experienced by the indigenous people of Alberta, including nearly 2,000 murdered or missing girls and women. Some 12 percent of Albertans live in poverty, including one-fifth of all children and half of all indigenous children. There is a lack of clean drinking water in many of those communities. Use of food banks has increased by 50 percent in the last 10 years. There is human trafficking, addiction, teen suicide and social isolation.

“People need to hear good news, but we had a problem. We needed a shared understanding of our own personal call to be disciples,” she said.

Rosalie Ballentine, The Episcopal Church’s lay member, said the idea of discipleship reminds her of the old question, “What would Jesus do?”

Not matter the term, she said, the intent is for Christians “to be the people who are out there fighting for those who are the least of them, those who can’t fight for themselves, fighting against injustice.” Ballentine said Christians cannot “just say that we’re going to be nice and kind to our neighbors or our colleagues, but [they have] to speak truth to power, to stand up for what is right because that’s what Jesus did and so that’s what we should do.”

The Rev. Canon Jerome Stanley Francis from the Province of Southern Africa echoed that notion, saying that “challenging the authorities of the day” is an important part of discipleship.

Leading a Jesus-shaped life, he said, means speaking that truth to “leaders who abused their power, their authority, their people” and “misuse the trust that people have in them.”

The committee is identifying examples of best practices in discipleship programs around the communion to share with other Anglicans and is also encouraging Anglicans to develop programs that make sense in their cultures. Those resources are being shared here.

Bishop of Chelmsford Stephen Cottrell, another member of the working group, cautioned that the Anglican Communion “tends to be the sort of church that produces pages of documents; it’s our way of doing things.” He suggested that “we have to get away from the idea that being a disciple is like doing a degree in God.”

Cottrell said it’s not that the working group wants the church to be anti-intellectual, but “I think we need to become a much better church at telling stories; that’s how Jesus taught. A story doesn’t close down meaning; it finds community, it finds dialogue.”

During a news conference on April 27, Archbishop of Canterbury Justin Welby said that “intentional discipleship” is an idea which has to work its way throughout the communion in much the same way the concept of the Five Marks of Mission took time to anchor itself in Anglicans’ consciousness.

“It’s a process of cultural change rather than a sudden declaration from on high,” he said.

Many times, Anglican communities are doing the work of intentional discipleship “without the title being attached,” Margaret Swinson, ACC vice chair and member from the Church of England, said at the news conference.

On May 2, ACC members plan to visits places in the Hong Kong Sheng Kung Hui, the Anglican province in Hong Kong, where intentional discipleship is being put into practice.

Archbishop of Hong Kong and ACC Chair Paul Kwong said at the news conference that the province recently committed itself to the work through theological education, evangelism and social services.

Read more about it
ACC background is here.