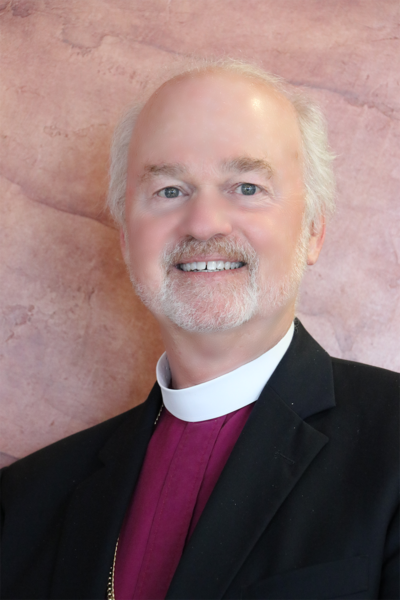 The process includes many steps and lots of moving parts before the election of a new bishop, scheduled to occur in Wyoming at the Diocesan Convention on Sept. 18 to 20, 2020. Then, all other dioceses in the Episcopal Church must approve of the election before the actual ordination and consecration of the new bishop can occur. Bishop Smylie will continue to remain fully engaged in the ministry of the diocese throughout the election process, and the work and vision of the diocese will continue uninterrupted until he hands over the crozier, the shepherd’s crook symbol of a bishop’s office, in 2021.

The Episcopal Diocese of Wyoming is made up of 46 churches with approximately 6,500 members throughout the state of Wyoming. During his tenure in Wyoming, Smylie has successfully overseen the empowerment of a shared ministry model that values both lay and ordained ministry. Under his leadership, a seminary training program known as the Iona Collaborative, developed through the Seminary of the Southwest, has resulted in the graduation of over 35 lay and ordained leaders in the diocese. Most recently, Fresh Expressions of Faith, spiritual communities established primarily for the “nones” and the “dones,” has the diocese excited about growing in new and creative ways outside the walls of traditional churches. Bishop Smylie challenged the diocese to adopt a vision that calls for the creation of one fresh expression of faith for every traditional church in the diocese in the next decade, and achievement of that dream is well underway.

Smylie received his Masters of Divinity from Episcopal Divinity School in 1981 and was ordained to the priesthood in 1982. He served parishes in New Jersey and New York for a number of years before relocating to Spokane, Washington, to serve as dean of the Cathedral of St. John the Evangelist. St. Mark’s Episcopal Church in Casper, Wyoming, called Smylie as its rector before his election as ninth bishop of Wyoming in 2010.