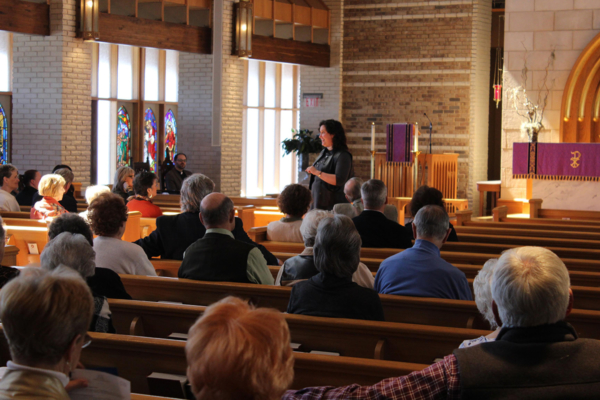 [Episcopal News Service] Several churches in Gainesville, Georgia, including Grace Episcopal Church, have a local Lenten tradition of holding weekly ecumenical gatherings centered on worship services and fellowship over lunch. After a decade of such gatherings, those churches are going a bit deeper this year.

The season of Lent gives Christians “permission to be more intentional” in how they live out their faith, said the Rev. Stuart Higginbotham, rector of Grace Episcopal, and the intent of the weekly sessions this year is to focus on issues related to poverty in Hall County, Georgia, where as many as one in five of the 180,000 residents lives below the poverty level.

Such statistics came as a shock to some of those who attended the first in the Lenten series last week, at St. Paul United Methodist Church, Higginbotham said, and “it’s going to take all of the churches working together, along with the United Way, the nonprofits and the local government to really see what the root causes are.”

At noon on March 20, his church will host the second service in the series, which is held across five Wednesdays leading up to Easter. The services typically draw about 150 worshippers and last a half hour – the one at Grace Episcopal will be a kind of abbreviated Morning Prayer – and then worshippers eat together. 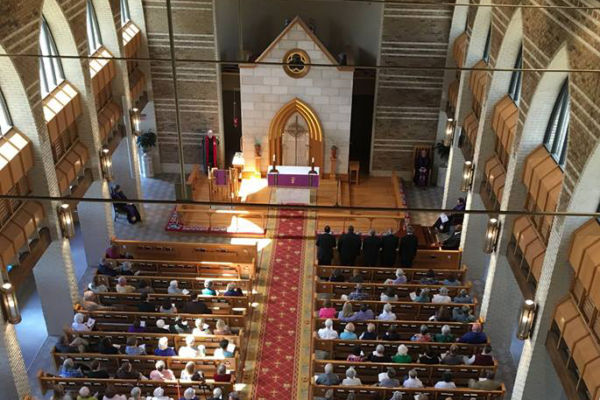 In the past, the primary purpose of the series has been to bring members of the local Christian community together during Lent to “step outside their comfort zone” in new worship settings. “These Wednesday services, the juxtaposition of different traditions has really opened up conversations in the community,” Higginbotham said.

Church leaders want to build on that success by incorporating poverty awareness into the services and lunches.

“It’s an issue that’s as close to the heart of the Gospel and the Christian faith as anything else,” the Rev. Lee Koontz, senior pastor at First Presbyterian Church, told the Gainesville Times. “It’s very clear that those of us who follow Jesus and seek to worship God through the way we live our lives, we are expected to be engaged with those who are experiencing poverty.”

The area has about 400 nonprofits working on various social issues, Higginbotham said, but in recent years, community leaders have looked to the United Way of Hall County to become a kind of hub for coordinating money and resources in the fight against poverty.

Each church hosting the ecumenical worship services this Lent will take a collection for United Way, and the services will feature brief remarks by social service leaders and sermons on related issues by guest preachers. Beth Brown, executive director of the Gainesville Housing Authority, will participate in the upcoming service at Grace Episcopal, and the guest preacher will be the Rev. Mary Demmler, a Gainesville native who now is rector at St. James Episcopal Church in Clayton, Georgia.

Higginbotham also noted the Gainesville churches’ ongoing collaboration with an organization called Family Promise of Hall County, which provides shelter, food and support for low-income families suffering from homelessness. The churches have offered space, through a regular rotation, to serve as a homeless shelter for Family Promise’s clients.