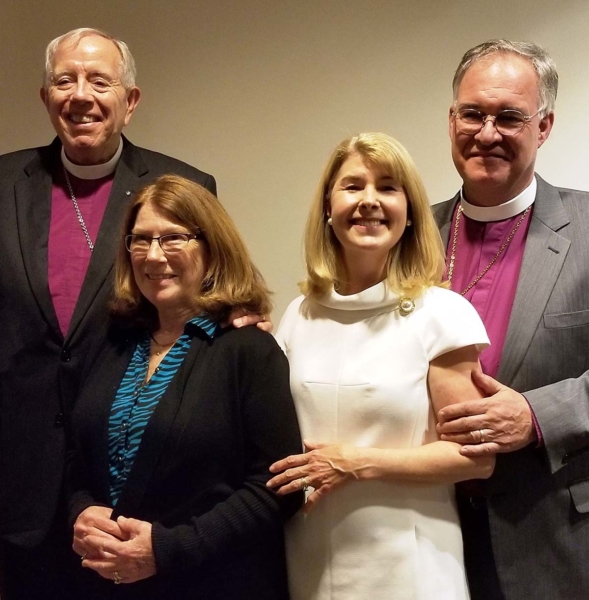 Hollerith announced his intention to retire in his address to the 126th Annual Council of the Diocese in 2018. “We have come a long way together,” Hollerith told council, “You have taught me much.” He went on to say that the time had come for “fresh eyes and fresh energy to lead the community forward.”

On Feb. 8, 2019, at its 127th Annual Council, the Diocese honored Hollerith for his 10 years of ministry in Southern Virginia. In his address to Council, Bishop Diocesan Pro Tempore James B. Magness gave thanks for Hollerith’s leadership following a very difficult time in the life of the Diocese of Southern Virginia. “For 10 years he worked to build staff and structures that would, as we used to say during my Navy career, right the ship,” Magness told council.

Hollerith undertook a significant diocesan reorganization during his tenure, including the relocation of the diocesan office to a more central and accessible location. He led Southern Virginia in a diocesan response to the sins of slavery and racism, establishing the Repairers of the Breach Task Force.  A service of Repentance, Reconciliation & Healing which included a formal apology from the bishop on behalf of the Diocese of Southern Virginia, was held in 2013. Hollerith supported the full inclusion of LGBTQ Christians in the life of the church, establishing the Living a Holy Life Task Force to foster conversation throughout the diocese around issues of human sexuality.

The Standing Committee of the diocese has appointed a Nominating/Search Committee and a Transition Committee to discern bishop candidates and conduct an election. Names are currently being received and an election is scheduled for Sept. 21, 2019. Information about the process and timeline for the election of the new Bishop are available at diosova.org.

The Episcopal Diocese of Southern Virginia stretches from Virginia’s Eastern Shore to the Dan River, with 102 congregations organized into nine convocations. It has 102 active priests and 12 active deacons. Chanco on the James is the camp and conference center, located on the banks of the James River in Surry County. The Diocesan Office is located in the City Center area of Newport News.