[Episcopal News Service] Diocese of Chicago Bishop Jeffrey D. Lee sent a letter to his diocese on Feb. 14 announcing his intention to step down in August 2020. He has called for the election of his successor. The text of press release about his announcement follows.

Bishop Jeffrey D. Lee announced today that he will retire as bishop of the Episcopal Diocese of Chicago in August 2020, and called for the election of his successor. 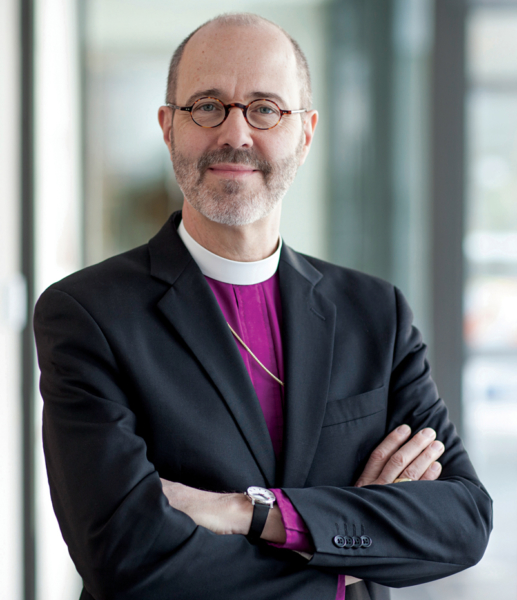 “When I reflect on the work we have done together, I am most grateful for our shared success in focusing the work of my staff and the diocese’s leaders on congregational vitality,” Lee wrote in a letter to the diocese. “As you have often heard me say, the only excuse for something like a diocese is to foster thriving congregations in local communities using the best data and resources we can muster. Together, through prayer and song and fierce conversations, we have accomplished that cultural shift, and it is bearing fruit across our region.”

Lee was ordained in February 2008 to lead a diocese that comprises 33,000 people in more than 120 congregations northern and west central Illinois. His tenure included the reunification of the Dioceses of Chicago and Quincy and a major renovation of St. James Commons, the diocesan headquarters in downtown Chicago, that created a venue for retreats and meetings called the Nicholas Center.

Under Lee, the diocese conducted an examination of the legacy of slavery in its common life, and supported the full inclusion of lesbian, gay, bisexual, transgender and gender queer Christians in the sacramental and ministerial life of the church and policies to stem the tide of gun violence in the region and across the country. Through advocacy and personal support, members of the diocese also worked against the persecution and marginalization of immigrants and refugees.

Planning for the election of Lee’s successor began last night when Bishop Todd Ousley, the Episcopal Church’s bishop for pastoral development, held a teleconference with the diocese’s Standing Committee, which will oversee the search and transition process.

“In my remaining time as your bishop, I intend to do all I can to advance the excellent work of the Taskforce on Hispanic/Latino Mission and Ministry Sustainability, to forge a new partnership between the diocese and Episcopal Charities, and to attract energetic, talented clergy who want to join us in fostering vital congregations,” Lee wrote. “Finally, I hope to leave a gift for the future vitality of God’s ministry in this place by increasing the diocese’s program endowment and supporting the capacity of congregations to raise capital funds.”

The Standing Committee will inform the clergy and people of the diocese about the search process that will soon begin, Lee wrote. The process typically includes the formation of search and transition committees, the development of a diocesan profile, a period of nominations, the announcement of a slate of nominees, and an election in 2020 on a date to be determined.

“As we travel together toward the place where our paths will diverge, I will cherish each remaining opportunity to celebrate the sacraments with you and to pray together for a time of transition filled with hope and trust in God’s never-failing goodness,” Lee wrote.