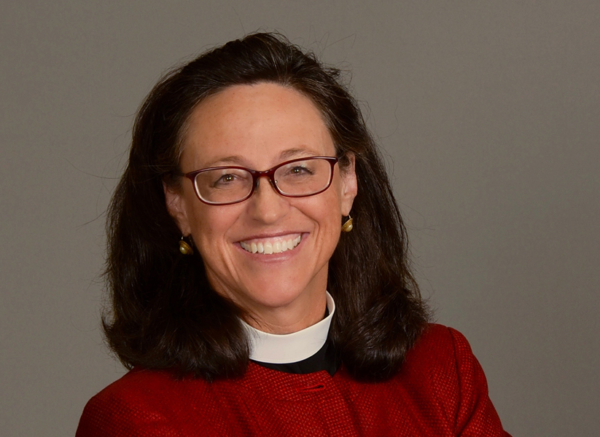 Bishop-elect Traquair is the first woman to be elected as bishop, selected from the first slate to ever include female candidates, in the diocese of Northern California. Traquair was elected on the third ballot with a vote of 151 lay delegates and 85 clergy. To be elected required a majority of both orders on the same ballot.

Traquair is currently canon to the ordinary in the Diocese of Arizona. Her husband Philip is a pediatrician at Phoenix Children’s Hospital. They have been partners and best friends as well as parents. They have two children: Hannah who teaches high school in Tucson, and Benjamin, who is an engineer in Colorado.

Bishop Barry L. Beisner said, “As one who deeply loves this diocese, I am personally most grateful to all five candidates for their faithful participation in this very demanding process. By making themselves available to the Holy Spirit in this way, they have given us a great gift. May they all be blessed. I ask all the people of God to join me in praying God’s blessing upon The Rev. Canon Megan Traquair, our bishop-elect. God strengthen and sustain her in this time of profound transition to new ministry, and to an exciting opportunity to serve our Lord in Northern California.”

Providing the Standing Committee receives the consents from a majority of the bishops of the church and a majority of the standing committees of the dioceses, the consecration is scheduled for June 29, 2019, at the Mondavi Center in Davis.