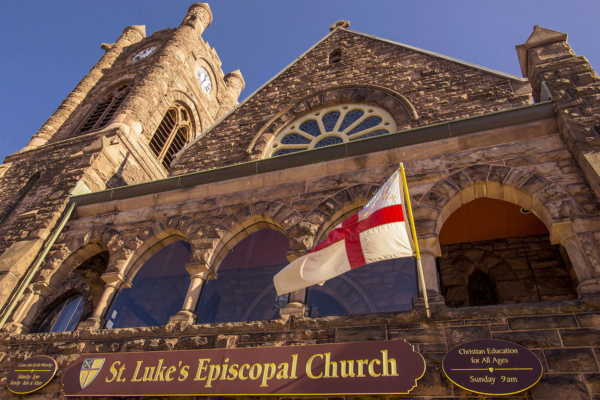 [Episcopal News Service] It’s a reliable truth, as familiar to Episcopalians as the words of the Gospels: Church buildings don’t get any younger.

Wear and tear on those buildings combined with the limited financial resources available to many Episcopal congregations often translate to deferred maintenance that can leave church leaders wrestling with how to be better stewards of their properties. And then lightning can strike – literally.

“Like a message from God,” is how the Rev. Luke Fodor describes the lightning strike in 2013 that damaged the bell tower at St. Luke’s Episcopal Church in Jamestown, New York. He joined St. Luke’s as rector the year after the tower was damaged, inheriting a list of repairs that went well beyond what could be blamed on the lightning.

“It was kind of a clarion call: Hey, take care of your buildings,” Fodor told Episcopal News Service.

One silver lining to this maintenance storm is that the very age of some older Episcopal churches can be an asset in planning for repairs, with grant money available to assist in certain projects that can be categorized as historic preservation. St. Luke’s was awarded $500,000 last month through a New York grant program, and another Episcopal congregation, St. Peter’s in Manhattan, was awarded $500,000 from the same grant program.

“It’s going to be an exciting year ahead for us,” Melissa Morgenweck, senior warden at St. Peter’s, said in an interview. The congregation, which also is searching for a new rector, has just begun taking steps toward launching its rectory restoration project with help from the grant money.

The grants were among $19.5 million awarded by the New York State Office of Parks, Recreation and Historic Preservation. To receive the money, the congregations must ensure the projects are thoroughly documented to meet the state’s criteria, including the ability to raise matching funds.

Grant money for historic preservation of churches is available from numerous sources, but for a grant program like New York’s that is backed by public resources, the projects must in some way benefit the public, not just the congregations. At St. Peter’s, though the rectory’s top floor is set aside as a rector’s apartment, the rest of the building is regularly used by the community for activities from photography classes to group meetings for people with substance addictions.

“Our rectory is used very much as a community space,” Morgenweck said. “It’s become a real hub for the community, but the building needs significant work.” A leaky roof and walls are just the start, she said.

Preservation of a historic building also qualifies as a benefit to the public. A 125-year-old church like St. Luke’s can offer “history that’s visible, not just history that’s tucked away in museums,” Fodor said. His church is one of 103 buildings in downtown Jamestown that are identified as contributing to the Jamestown Downtown Historic District, which is listed on the National Register of Historic Places.

Fodor acknowledged that not everyone is comfortable with giving public money to faith-based organizations, even with the goal of saving important local structures. Fodor said he initially faced pushback within his own congregation from some parishioners who questioned why state money would be used to help the congregation stabilize its bell tower and front porch.

“It’s a concern both ways,” Fodor said. “How do you use public resources? What’s the best use?”

Such questions became a legal issue in New Jersey that was settled last year by the state’s highest court, which ruled against churches that were benefiting from a preservation grant program. Three Episcopal churches were among the 12 churches in Morris County listed as defendants in the suit brought by the Wisconsin-based Freedom From Religion Foundation and a Morris County resident.

One of the underlying legal precedents was set relatively recently, in 2017, when the U.S. Supreme Court ruled that churches should be treated like any other community organization eligible for grant programs, as long as the money does not support the congregations’ spiritual missions.

The New Jersey court concluded Morris County didn’t pass that test. The decision did not require the 12 churches to repay the $4.6 million they received over four years, but the county was barred from awarding money to churches in the future.

New York’s grant guidelines make such criteria clear, Fodor said. Grants cannot be used to pay for basic repairs or routine maintenance, the agency says in an online document: “Work intended for the primary benefit of the worshippers which is not restoring something historic (for example adding a new elevator or ramp for persons with disabilities) is not an eligible expense and cannot be reimbursed with State historic preservation grant monies.”

That’s why the $1.6 million project at St. Luke’s that was awarded a state grant only focuses on shoring up the structural integrity of the bell tower and porch. Separately, the church used about $700,000 that it raised through a capital campaign to pay for interior renovations that would not qualify for public money because they only benefit the congregation, such as replacing a boiler and adding a bathroom.

Fodor thinks it is easy for congregations like his to get overwhelmed by the task of keeping large, old buildings in good shape.

“They don’t teach you classes in seminary on how to do this work. You just have to feel in the dark,” he said.

The most important step, he said, is to face maintenance challenges head-on and develop a plan to address them. “Just keep moving. Don’t give up,” he said.

In New York, for example, an organization called the New York Landmarks Conservancy offers a Sacred Sites grant program specifically for houses of worship. St. Luke’s received $45,000 in 2017 from that program to pay a consultant to conduct a full property inspection and recommend repairs. St. Peter’s received $25,000 for repairs to the church’s exterior walls.

And within the Episcopal Church, congregations are encouraged to contact the Episcopal Church Building Fund, which offers loans and consulting services to help with building and renovation projects, “so that lives inside church buildings and out in our community are transformed through the ministry of our church, by God,” the agency says on its website.