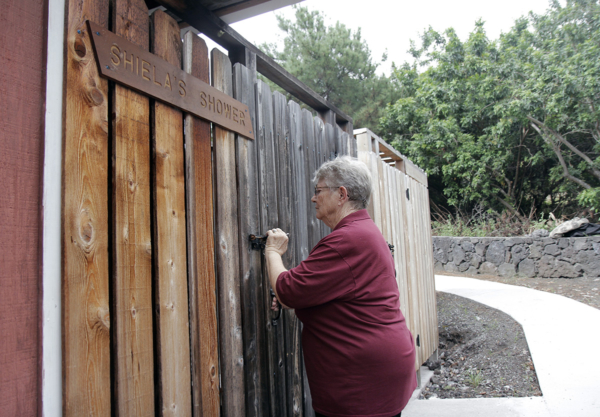 [Episcopal News Service – Ocean View, Hawai’i] The lay leadership at St. Jude’s Episcopal Church here in Ocean View has turned the small church in the rural, underserved district of Ka’u on the Big Island into a beacon of light and hope; it lives up to its reputation as “the little church with the big heart.”

Under the dedicated leadership of bishop’s warden Cordelia Burt and a small group of lay members serving on the bishop’s committee, St. Jude’s is more than a congregation. It’s a family, they say, attracting people from all walks of life, from the richest to the poorest, from those living on estates to those living in tents. 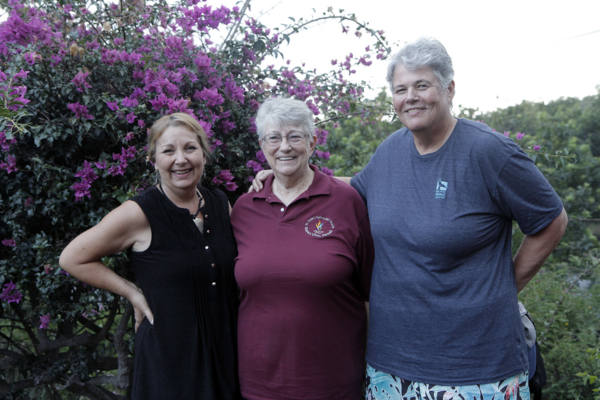 “And there are those that do stupid things,” said Cindy Cutts, who handles the congregation’s communications.

“But it takes quite a bit,” added Pucci, the women bursting into laughter. “You really do need to get the red flag out there and chase the bull.”

“Me being the bull,” said Burt.

Hawai’i’s Big Island covers just more than 5,000 square miles and is home to some 200,000 people, many of them veterans and many of them living well below the poverty line, according to U.S. census data. The island is home to full- and part-time residents, and others living off the grid in substandard housing or even tents, St. Jude’s leaders said.

It’s the off-the-grid folks and the hungry, homeless, technologically underserved, lost, lonely and forgotten who’ve inspired much of the congregation’s social outreach, including its shower ministry, named for a now-deceased transsexual member of the parish, Shiela, who suddenly stopped attending Sunday services. 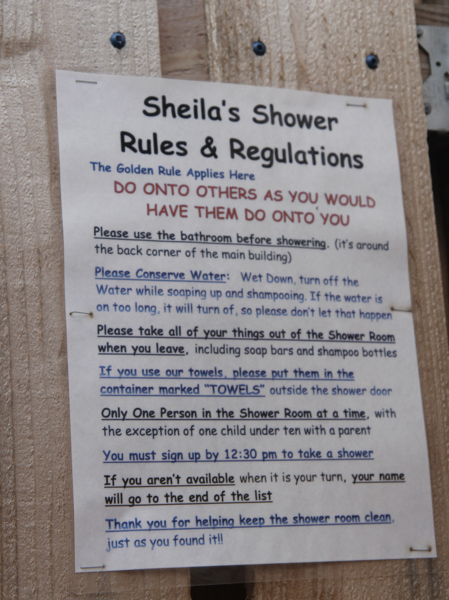 The rules and regulations for Shiela’s Showers are posted outside of St. Jude’s. Photo: Lynette Wilson/Episcopal News Service

“She wasn’t coming to church for a while and we knew she was sick, and her partner said she’s not coming to church because she doesn’t have any way to take a shower,” said Burt. “We’d been looking into building showers and doing this, and so I found out that they [Shiela and her partner] had no way of getting water. Their landlord didn’t give them a hose. The landlord said if they didn’t buy cigarettes, they’d have enough money for a hose.

“Long story short, when we learned that Shiela wasn’t coming to church because she couldn’t take a shower, we went and bought a hose, and I took a bar of soap over and gave it to them. And for as long as Shiela could make it, she came to church every Sunday, and the sad part of the story is we didn’t get the shower up and running until after Shiela died.”

“We decided that we would name the showers ‘Shiela’s Showers’ because she would have loved to have had hot water,” added Cutts.

Here’s how it works. On Saturday mornings, volunteers arrive at 8 a.m. and put on the coffee and the soup. At 9 a.m., shower patrons beginning signing up to use one of the two showers. Sign-up ends at 12:30 p.m., and the volunteers stay until the last patron showers. Before St. Jude’s installed a second shower, it might be 4 p.m. by the time the last patron showered. Now, with two showers, it’s more like 12:30 or 1 p.m., the leaders said.

“One of our first patrons that used the showers, when she came out of the shower, we have two people — male and female — sitting out there dispensing the shampoo, the conditioner, the body wash, fresh towels, we supply all of that, and she was crying and Beverly [the volunteer] thought, ‘Oh my God, was the water too hot?’ And she said, ‘No, this is the first time in six months that I’ve had hot water on my head.’”

St. Jude’s is one of five Episcopal parishes on the Big Island, the youngest, largest and easternmost of the archipelago’s eight main islands. In May, Kilauea volcano’s eruption and the lava river that followed destroyed hundreds of homes and displaced many other families on the Big Island. Holy Apostles in Hilo, the island’s largest and only incorporated city, continues its long-term response to the eruption.