[Episcopal Diocese of Arizona] The Rev. Jennifer Anne Reddall was chosen as the sixth bishop of the Diocese of Arizona during the 58th Annual Diocesan Convention held Oct. 20 at All Saints’ Episcopal Church & Day School in Phoenix. 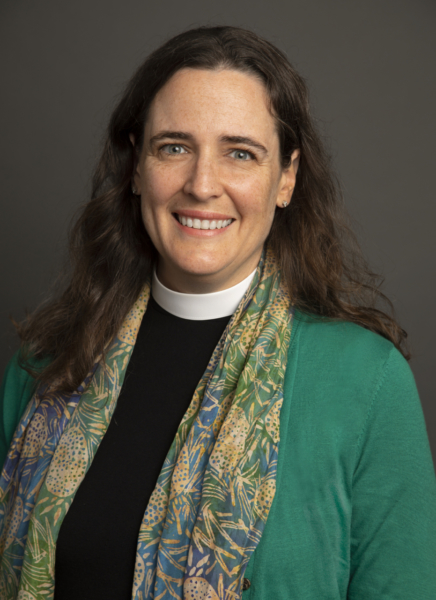 The first woman to be elected bishop in the Diocese of Arizona, Reddall is currently the rector of Church of the Epiphany in New York, the Diocese of New York, and was one of three candidates.

In order to be elected, a candidate needed to receive a simple majority of votes from both the clergy and the lay delegates, voting separately as orders in the same balloting round. Reddall was elected on the first ballot, receiving 75 of 136 clergy votes and 172 of 304 lay votes.

The other two nominees were:

Speaking with Bishop Kirk Smith, who called to notify her of the election, Reddall said, “I am awed by your love and confidence in me, and praying deeply to the Holy Spirit to endow me with the gifts you need and deserve in a bishop. Thank you. Your ministry and your faithfulness in following Jesus’ call has inspired me, and the Diocese of Arizona is going to continue to inspire people all around your state as we share the Good News of Christ’s love through word and action together. My son, Nathan, and I are both so excited to move to Arizona and begin this new ministry with you.”

Reddall grew up in California, and after graduating from Yale University with a degree in theater studies, she joined the Episcopal Urban Intern Program in Los Angeles. She graduated from the General Theological Seminary in New York with a Master of Divinity degree in 2002. Reddall’s parents moved to Tucson in 2016.

Pending consent of a majority of the bishops with jurisdiction and the diocesan standing committees, Reddall will be ordained and consecrated on March 9, 2019, at the Church of the Nations in Phoenix. Presiding Bishop Michael Curry will preside.