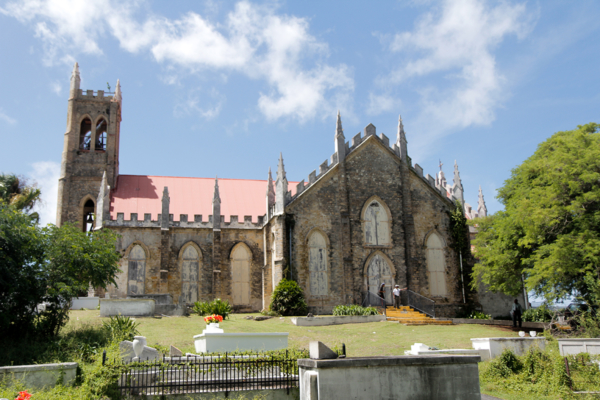 The Church of England established St. John’s in Christiansted in 1760. Though the church didn’t suffer much damage during Hurricanes Irma and Maria, it’s in desperate need of restoration. Photo: Lynette Wilson/Episcopal News Service

[Episcopal News Service – St. Croix, U.S. Virgin Islands] It’s not uncommon in the Virgin Islands for homes to be handed down from one generation to another. It’s also not uncommon for a deceased person to have his or her name on the deed, which is a problem when it comes to applying for help from the Federal Emergency Management Agency, as many people have found.

Across St. Croix and the other islands, there are stories of people living in damaged houses without electricity – people ineligible for funds to repair their homes because they don’t “own” the property.

“One of the difficulties is finding out who is the owner,” said Angelica Schuster, a member of St. Peter’s Episcopal Church, which has assisted community members in assembling the paperwork needed to file FEMA applications. 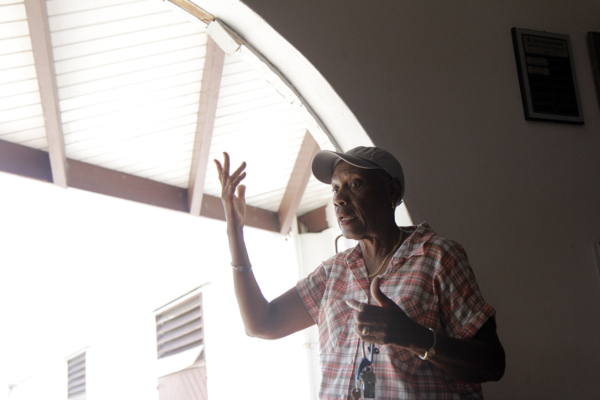 FEMA used St. Peter’s parish hall, located in Christiansted on St. Croix, as a disaster center for three and a half months after the storms. A hundred people a day would come to submit applications. When FEMA couldn’t help, residents turned to the Small Business Administration, which also set up offices in the parish hall.

Frustration with insurance companies saying homeowners are uninsured or underinsured has led some people to say their insurance is “in God we trust,” said Gloria Euzebe, St. Peter’s senior warden. They’re setting aside repair money in a separate account rather than pay insurance premiums, she said.

Even when homeowners settle insurance claims, it’s difficult to find the construction materials and the labor to make the repairs. The same holds true for church properties, some of which are still waiting to settle claims a year later.

“We haven’t really done much because of the insurance delay, with a disaster of that magnitude,” said Schuster of St. Peter’s, who serves as senior warden at Holy Cross, also on St. Croix.

Church Insurance, which falls under the umbrella of the Church Pension Group, insures church properties. For the past several months, its employees have been busy, said C. Curtis Ritter, senior vice president and head of corporate communications for CPG, in an email to Episcopal News Service. 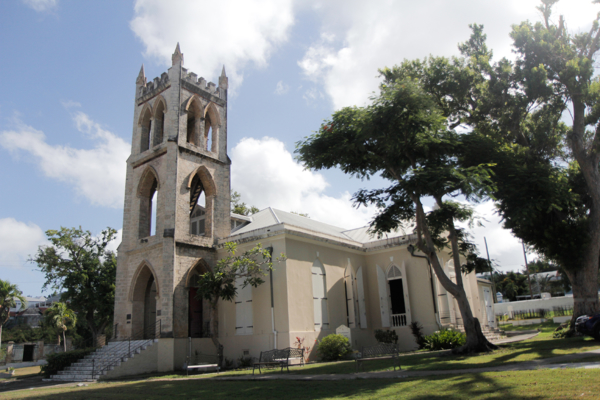 St. Paul’s Episcopal Church in Frederiksted was built in 1812 and is on the National Register of Historic Places. It suffered some damage during Hurricanes Irma and Maria. Photo: Lynette Wilson/Episcopal News Service

“We try to respond to claims as quickly as possible. With so many disasters occurring back to back, it was hard to keep up the pace, but we did it,” Ritter said, adding that employees travel tens of thousands of miles a year meeting with clients and responding to emergencies. 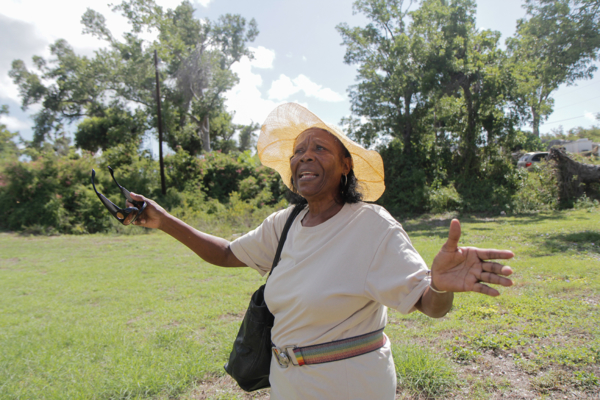 Genevieve Edney, a member of St. Paul’s in Frederiksted and a past senior warden, explains that the yard outside the parish hall has been used for recreation in the past. Photo: Lynette Wilson/Episcopal News Service

St. Croix covers 84 square miles, and unlike the islands of St. Thomas and St. John, is flat. Agriculture, once big on the island, is making a comeback. In partnership with Jacksonville, Florida-based Fresh Ministries, the diocese is becoming part of the agriculture movement.

St. Croix is also home two to historic churches. The Church of England established St. John’s in Christiansted in 1760, and St. Paul’s in Frederiksted was built in 1812. Both are listed on the National Register of Historic Places. St. Paul’s suffered some damage in the storm, and workers made emergency repairs to the rectory. St. John’s fared better in the hurricanes, but needs restoration.

The church that housed San Francisco Mission, the diocese’s only Spanish-language congregation, suffered significant structural damage and cannot be repaired. Puerto Ricans from Culebra and Vieques migrated to St. Croix in the 1930s and ’40s to cut sugarcane. 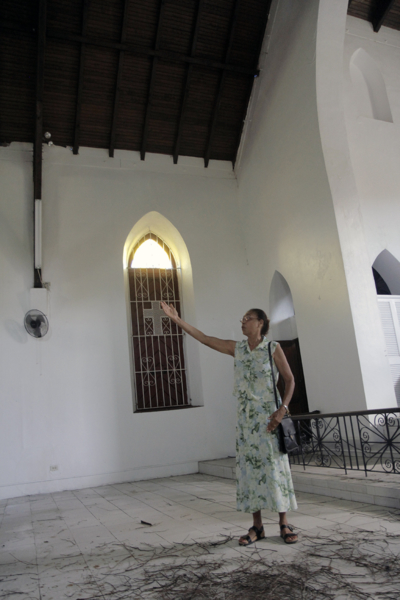 The Rev. Amonteen Doward, priest-in-charge at Holy Cross, explains how Hurricane Irma lifted the roof off the church and how it then settled back in place. Photo: Lynette Wilson/Episcopal News Service

For now, the congregation, or what’s left of it after the storm, is meeting in members’ homes, said the Rev. Aida Nieves, a deacon, who serves San Francisco Mission.

Post-hurricanes, Nieves has been working with community members to get them IDs, as many of them don’t have government identification. She’s also working with a woman who lives in the home of her deceased partner, whose name is on the deed, to make repairs.

St. Croix is home to five of the diocese’s 14 congregations.

Holy Cross also suffered significant damage when the hurricane lifted the roof before setting it back in place.

“The whole roof needs to be replaced,” said the Rev. Amonteen Doward, priest-in-charge at Holy Cross and supply priest at St. Paul’s. “Birds are coming in through the open windows.”

Danish volunteers put the blue tarpaulin on Holy Cross’ roof, which saved the parish $15,000, Doward said. The foundation shifted under an addition to the parish hall. The mahogany pews need to be refinished.

For the time being, the congregation is meeting at St. Luke AME Church.

“We’re really homeless in the true sense of the word,” said Doward.

A former public health official, Doward provides pastoral care to community members and also directs them to social services if they have needs.

And following hurricanes, she said, the churches need to rebuild their missions. “Our missions haven’t died, but people have been consumed with other things,” she said.

“We have to go into the community and reach out to them,” said Edwards.