[Episcopal News Service] Churches are the on the front line of mediation efforts across the world, Archbishop of Canterbury Justin Welby told the United Nations Security Council on Aug. 29, in part because churches often are “the only functioning institutions in a fragile or pre-conflict situation.”

He said that churches and other faith communities are “intimately present where there are conflicts; we cannot and will not walk away from them.” He cited the role of Sudanese Anglican Primate and Archbishop Justin Badi Arama in peace efforts in South Sudan.

Welby repeatedly stressed that mediation must take place within the context of reconciliation.

“Where mediation is about resolving conflict, reconciliation is the process of transforming violent conflict into nonviolent co-existence where communities have come to terms with history and are learning to disagree well,” he said during a briefing that made him the first archbishop of Canterbury to address the Security Council. “Mediation by itself, however skilled, is like using a garden hose to put out a forest fire, when what you need is rain over the whole area to let new life grow and sustain itself.”

Reconciliation doesn’t come at the end of conflict, the archbishop said. “It must come out of framework that enables us to sustain peace and avoid conflict cycles from repeating in ever-increasing destructive force.”

Welby was the first briefer for the council’s “open debate” on “mediation and its role in conflict prevention.” United Kingdom Ambassador to the U.N. Karen Pierce invited Welby to participate. The debate is one of two big “discretionary events” being organized by the U.K. during its “rolling presidency” of the organization.

The archbishop has experience in international mediation and is a member of U.N. Secretary General António Guterres’ High-Level Advisory Board on Mediation. Guterres established the board in September 2017 as part of his call for a “surge in diplomacy for peace.” 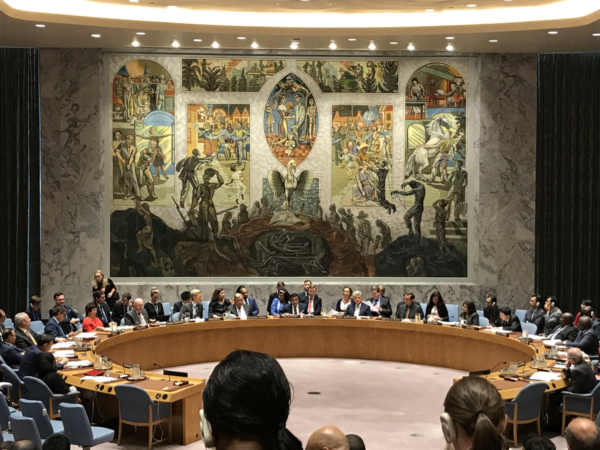 The United Nations Security Council begins its Aug. 29 debate on mediation and its role in conflict prevention. Archbishop of Canterbury Justin Welby is the first person seated at the right end of the table. Photo: Mary Frances Schjonberg/Episcopal News Service

According to a U.N. background document, the questions for the council to consider during the Aug. 29 session included how it can more effectively support mediation as a means for settling disputes; how it, member states and the U.N. organization can adapt their approach to mediation to take account of the changing nature of conflict and the increase in the number and diversity of mediation actors on the ground; how it can find the most effective approach to building mediation capacity at all levels; and how all three entities more effectively can support and strengthen the meaningful participation of women in mediation and conflict resolution.

Welby told the Security Council that he represents a global church “in which the average member is a poor woman living in a conflict or post-conflict setting who has the aspirations of all vulnerable people – above all, a longing for peace.”

Guterres wants to strengthen the U.N.’s work in conflict prevention and mediation, and the mediation advisory board is expected to allow the U.N. “to work more effectively with regional organizations, nongovernmental groups and others involved in mediation around the world,” the U.N. said.

The secretary general asked in January 2017 (page 4 here) that the Security Council to make greater use of the options laid out in Chapter VI of the Charter of the United Nations on the “pacific settlement of disputes,” including mediation.

“War is becoming increasingly complex – and so is mediating peace,” Guterres said Aug. 29 as he opened the debate. “Conflicts around the world drag on for years and decades, holding back development and stunting opportunities. Comprehensive peace agreements are becoming more elusive and short-lived. Political will wanes; international attention drifts.”

The secretary general said that the U.N. must invest more in preventing conflicts and that must include “investment in mediation, peacebuilding and sustainable development.” That investment, he said, must be more inclusive of women and of entities beyond “political and military elites.”

“That means working at the subnational and local levels to help build peace from the ground up. Local authorities, civil society, traditional and religious leaders all have critical roles to play,” Guterres said.

The secretary general issued a report on U.N. activities in support of mediation in June 2017. 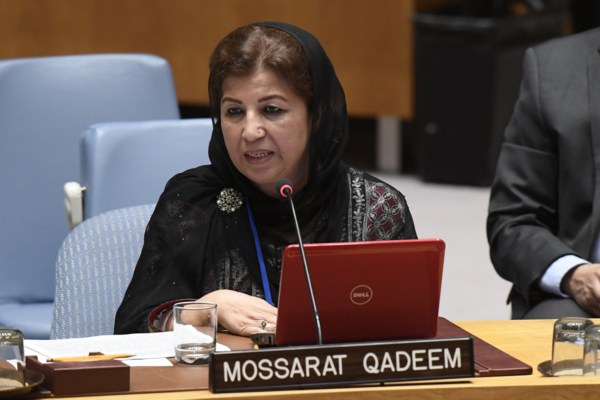 Pakistani peace advocate Mossarat Qadeem, who spoke after Welby, echoed the call for including women mediators in the U.N.’s work. “We as women remain largely outside the door,” she said, perhaps because they have skills that others perceive as “soft.” She said women mediators often strategically choose to begin with “soft issues” as a way to move the parties into the harder ones.

She rejected the argument that women cannot be mediators in certain places because of cultural expectations about gender roles. It’s not about culture, she said, it’s about power. How much longer, she asked, can the world afford to reject the skills of “those of us who are working for peace on the front lines?”

The Security Council last considered mediation and the peaceful resolution of conflicts in an open debate on April 21, 2009. More background about the intent of the Aug. 29 open debate is here. 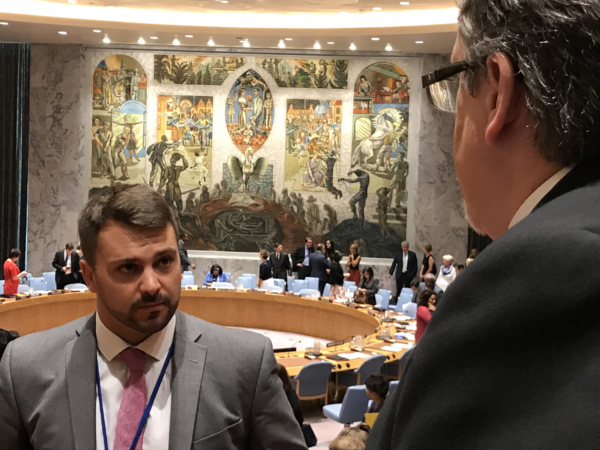 The Anglican Communion has official observer status with the United Nations. Jack Palmer-White is the communion’s representative to the U.N. The Episcopal Church is a U.N. Economic and Social Council accredited nongovernmental organization, or a member of the so-called “civil society” organizations that are engaged in advocacy and activist work.