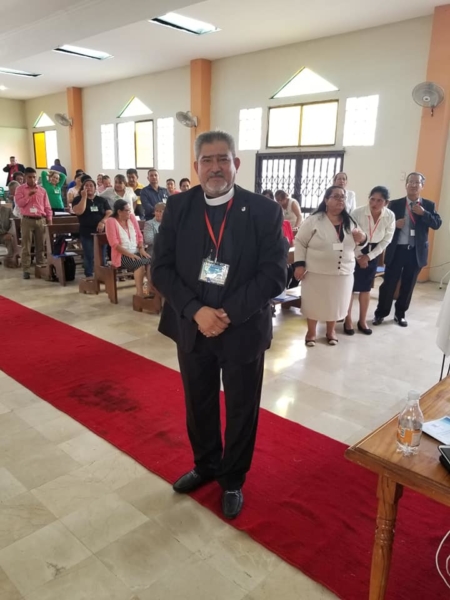 He will succeed to the Rt. Rev. Alfredo Morante España, who has been the diocesan bishop for 23 years.

León was elected in the first ballot taken during the electoral assembly held at the Cathedral Church of Christ the King [Cristo Rey] in Guayaquil. The election was attended by the President of Province IX [of The Episcopal Church] and bishop of Ecuador Central, the Rt. Rev. Víctor Scantlebury; the Bishop of Puerto Rico and Vice President of Province IX, the Rt. Rev. Rafael Morales; the Rev. Glenda McQueen from the President Bishop’s staff, and two representatives of the companion Diocese of New Jersey.

The two others nominated are also archdeacons in the diocese:

León was ordained priest on March 22, 1998 and he is the archdeacon of Manabí. He is married to Chila and they have three children: Rocío, Jaime and Shirley. Bishop Morante reports that the consecration of the new bishop is scheduled by Jan. 12, 2019.