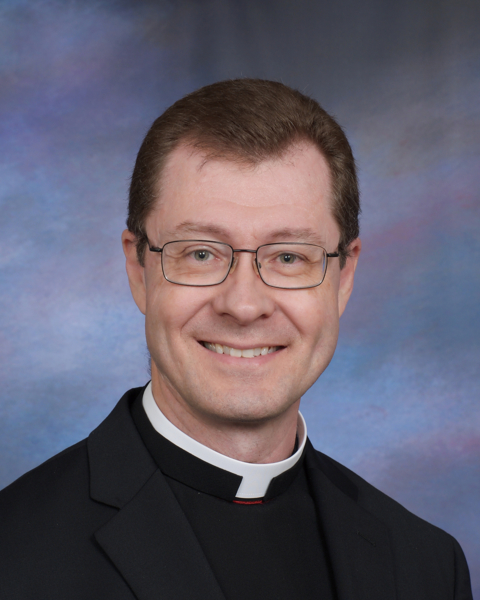 In this role, Stevenson will support the ministry of the presiding bishop among Episcopalians as a pastoral assistant and strategic and theological advisor. Responsibilities include serving as liaison and representative to bishops within the church and overseeing preparations for meetings of the House of Bishops. Additionally, he will provide support for bishops and Episcopal dioceses in carrying out their ministry and mission as well as preparation for visitations by the presiding bishop. Stevenson will also work closely and collaboratively with the executive officer of the General Convention, the president of the House of Deputies, and the other canons and chief officers on the presiding bishop’s staff, in addition to directing the work of the Formation, Youth, and Young Adult Ministries and Transition Ministries departments.

“I am truly delighted that the Reverend Canon Mark Stevenson has accepted our call to serve as canon for ministry within the Episcopal Church, said Curry. “Canon Mark has a long and proven track record as a canon to bishops, a skilled manager and administrator, and as a wise and generous colleague to many. Above all he is a devout follower of Jesus of Nazareth.”

“It is a true honor to have been called to this ministry by the presiding bishop,” says Stevenson. “I am excited about the future of the Episcopal Church under his leadership and look forward to serving with a great team as the Episcopal branch of the Jesus Movement continues to teach and preach the transforming power of love of God and love of neighbor.”

Stevenson presently serves as the director of Episcopal Migration Ministries, the refugee resettlement program of the Episcopal Church, a position he has held since May 2016.  As director, he leads a dedicated team who execute a national program of refugee resettlement and related ministries in partnership with the U.S. government, affiliated local resettlement programs, and a developing network of communities and ecumenical organizations from across the country.

From 2005 until he joined the presiding bishop’s staff in 2013 as the Episcopal Church domestic poverty missioner, Stevenson served as canon to the ordinary in the Episcopal Diocese of Louisiana where his responsibilities included oversight of the bishop’s staff, budget management, coordination of clergy and congregation transitional ministry, and various pastoral and administrative concerns throughout the diocese.   When Hurricane Katrina made landfall just days before Stevenson took his post, the scope of his ministry expanded dramatically to include working closely with then-Bishop Charles Jenkins, as well as local, regional, national and international leaders and groups to put into place the processes for effective relief ministry.   In partnership with Episcopal Relief & Development, the diocese instituted an Office of Disaster Response that evolved over the years into Episcopal Community Services of Louisiana, a ministry focused not only on immediate disaster relief but also on the transformation of lives by building a community of care and respect for all human beings.