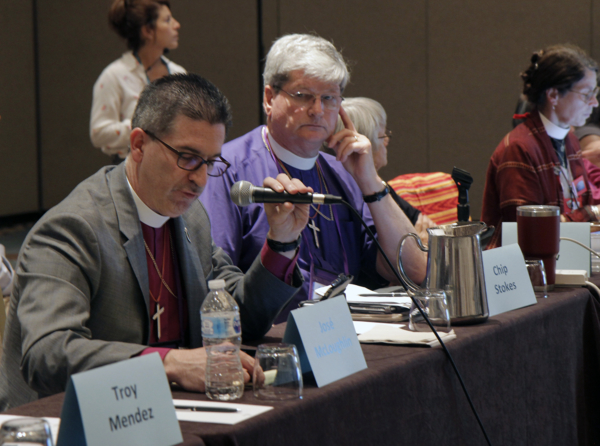 [Episcopal News Service – Austin, Texas] It seems there is no mechanism for the Episcopal Church to admit an existing diocese into its structure without making a change to its constitution – a change that requires approval by two successive conventions.

The Episcopal Church in Cuba Committee spent two sessions July 6 deliberating the language of two new resolutions, A209, Reunification with the Episcopal Church of Cuba, and Resolution A214, which addresses the necessary constitutional and canonical changes. It will hold an open hearing on the two resolutions beginning at 7:30 a.m. on July 7 in the Hilton Austin Grand Ballroom K.

“The first one, A209, expresses regret over the history that brought us to this place … and our strong desire for reunification,” said Becky Snow, who co-chairs the committee along with New Jersey Bishop William “Chip” Stokes. 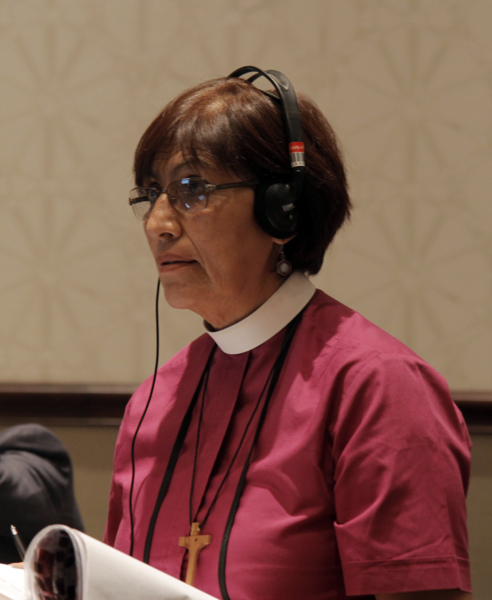 To prepare for the admission of the Episcopal Church of Cuba, the committee drafted Resolution A214, which commends the church for meeting the actions proposed by the Task Force on Cuba, created by General Convention in 2015 to facilitate the reunification of the two churches.

“We recognized that there needed to be a resolution that was not our resolution that went to Governance and Structure about necessary canonical changes, which they are working on to help not merely with Cuba, but in the event that a request like this should come again, we have something in place according to our Constitution and Canons,” Stokes told Episcopal News Service. He added that the notion of a diocese already established as an Anglican Communion province wasn’t foreseen.

The constitutional change to accept a diocese outside the Episcopal Church’s structure and the canonical change necessary to accept a bishop elected, or in this case appointed, in another Anglican province didn’t present themselves until the committee began its deliberations.

Further, it calls for the necessary constitutional and canonical changes to name Cuba a diocese; it calls for the bishop of Cuba’s participation in the House of Bishops; the continued establishment of diocesan and congregational companion relationships; and $400,000 for support of the Cuban church’s ongoing mission and ministry. It also sets the Cuban clergy’s eligibility to participate in the International Clergy Pension Plan administered by the Church Pension Fund at the close of convention.

When the relationship between the two churches ended, so did clergy pensions.

“It’s been difficult for the Diocese of Cuba, and we certainly recognize the pain and strain of that,” said Stokes. “But we also believe that this will create permanent changes that, should anything like this happen in the future, we’re much more able to deal with it in a way that’s fair and treating others the same rather than just making things up as we go.”

Finally, A214 calls for an interim body to accompany the two churches through their transition to re-unification and $50,000 to fund that work.

During its July 4 open hearing, the committee formed four subcommittees to study a covenant committee, constitutional and canonical issues with reunification, pension and Resolution A052. While the committee held its July 4 hearing, a second resolution, D060, to establish a covenant with the Diocese of Cuba was filed. Later, the committee decided to strike the covenant language.

Prior to that time, in 1961, Episcopal schools in Cuba had been closed and appropriated, and many clergy and their families were displaced. Some remained in Cuba; some either returned or immigrated to the United States. Some clergy who remained in Cuba were imprisoned, executed, or disappeared. Church buildings were closed and left to deteriorate. The church was polarized politically, and its clergy and lay leaders suffered. But the church continued in the living rooms of the grandmothers, who held prayer services and Bible studies in their homes. Through them is transmitted a story of pain, and of faith.