Members of the diocese will have the chance to meet the candidates in walkabouts scheduled in the diocese for Oct. 2-5; the schedule of events is online.

The election of the next bishop will take place on the first day of Diocesan Convention, Oct. 19, at Grace Cathedral in Topeka. The Service of Ordination and Consecration is scheduled for March 2, 2019, at the cathedral, with Presiding Bishop Michael Bruce Curry officiating.

Here are brief introductions to the candidates; more information about them is on the bishop search website. 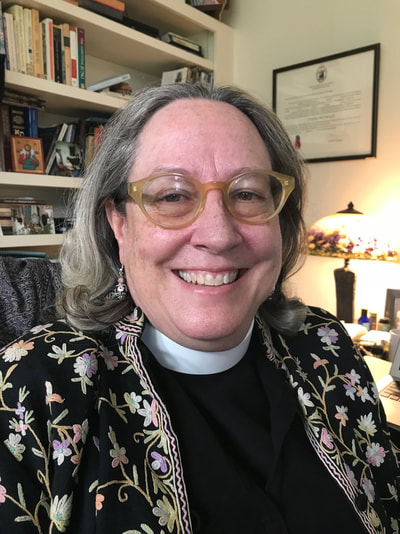 The Rev. Martha N. Macgill was baptized and confirmed at Christ Church, Alexandria, Virginia, where she sang for several years in the junior choir. She attended St. Agnes Episcopal School in Alexandria for 12 years, where she graduated in 1976 as valedictorian.

Martha entered the ordination process in the Diocese of Virginia from St. Paul’s, Alexandria, in 1990. She attended Virginia Theological Seminary, where she graduated with honors in 1995. She was ordained to the diaconate in June 1995 by the Rt. Rev. Peter James Lee at All Saints, Richmond.

She served as an assistant rector at St. Stephen’s, Richmond, where she was ordained to the priesthood in January 1996.

In 1997, she and her family moved to the Diocese of Christ the King, South Africa, where she became priest-in-charge of St. Francis, Walkerville. In August 2000, she returned to the United States to become rector of Memorial Church in Baltimore, Maryland., until May of 2014.

In the Diocese of Maryland, she has served as chair of the Commission on Ministry. She was a mentor to the new Episcopal Service Corps of young adults and served as a deputy to General Convention in Indianapolis in 2012. Martha now serves as rector of Emmanuel Parish in Cumberland, Maryland. 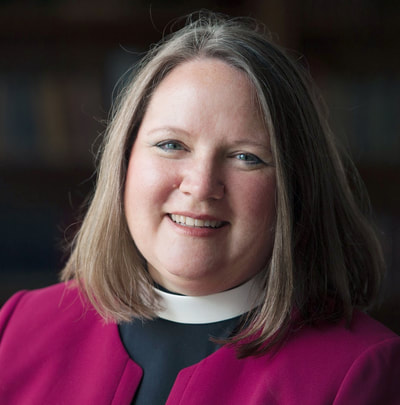 The Rev. Helen Svoboda-Barber grew up in Chapman, Kansas, and graduated with degrees in psychology and human development from the University of Kansas. Her Masters of Divinity degree is from the Seminary of the Southwest, and her Doctor of Ministry degree is from Austin Presbyterian Theological Seminary, both in Austin, Texas.

Before going to seminary, Helen was a researcher at the Center for the Influences of Television on Children and was a registered representative at Twentieth Century Mutual Funds (now American Century).

Helen spent three years as curate and then canon at Grace Cathedral, Topeka; three years as assistant pastor at Holy Cross ELCA in Overland Park; 10 years as rector of Harcourt Parish in Gambier, Ohio; and has been rector of St. Luke’s in Durham, North Carolina, since 2014.

She is active in all levels of the church, including as convocation president (Kansas), diocesan Christian Education Chair (Ohio), Credentials Committee (North Carolina), Council of Advice for the President of the House of Deputies, and several-time deputy to General Convention.

She has been on the Executive Committees of the Topeka Center for Peace and Justice (Kansas), Interchurch Social Services (Ohio) and Latino Education Achievement Program (North Carolina).

She and her husband, Shawn, are parents to Charlie, 14, and Luke, 11. Helen enjoys board games, reading, weaving and needlework, and she loves time spent with her family.