[Episcopal News Service] The Rt. Rev.George Edward Councell, the 11th bishop of the Diocese of New Jersey, died May 21 hours after being transferred to hospice care, the diocese announced. He was 68. 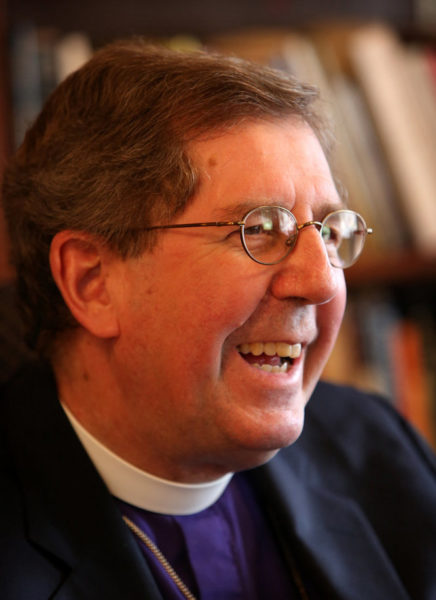 “I wanted to become a bishop to get closer to God, but with so many people here to look after, I thought, wow, I’ll really have to get closer to God to do this,” he said with a laugh in a 2013 interview with the The Times of Trenton. “But I feel that I have.”

Councell died at about 6 p.m. May 21 at Robert Wood Johnson University Hospital in Hamilton.

“Family and friends were with him. I had an opportunity to say prayers and anoint him, and said commendatory prayers with the family,” Bishop Chip Stokes said in a brief message to the diocese announcing Councell’s death. “Please pray for Ruth, their daughters Martha and Sarah, and hold the Councell family in your prayers.

“May his soul and the souls of all the departed through the mercy of God rest in peace and rise in glory.”

Councell, who received his Master of Divinity degree from Episcopal Divinity School in Cambridge, Massachusetts, was ordained as a priest in 1975 in the Diocese of Los Angeles and went on to serve as vicar of St. George’s Church in Riverside, California; canon to the ordinary of the Diocese of Western Massachusetts, and rector of Church of the Holy Spirit in Lake Forest Illinois, according an obituary by Planet Princeton.

He also was a supporter of greater inclusion of gay Episcopalians in the life of the church.

“It was very dear to me to keep everyone at the table, the Lord’s table, and not needlessly build these boundaries among one another,” he told The Times of Trenton in 2013. “The church isn’t the totally safe place I want it to be for gays and lesbians, but I think we’ve made it a safer place for them, and a place where they can come, and be seen as people who want the same things as all of us: to have a healthy, happy, strong, supportive family.”