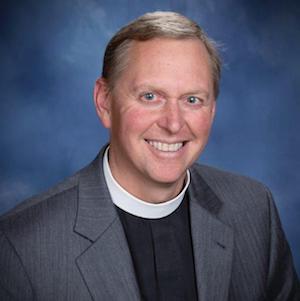 Nichols, who is currently, chief operating officer and canon for mission resources in the Diocese of New Hampshire, was elected on the first ballot by the clergy of the diocese and elected lay representatives during a meeting in the Cathedral Church of the Nativity in Bethlehem.

“I am thrilled to be joining with the people of the Diocese of Bethlehem to bear witness to the power of the Resurrection in their communities,” Nichols said. “The momentum there is unmistakable and I can’t wait to see what God has in store for us together.

“I see this as a moment for us as a church to recover our purpose for why we are here, to reconcile and to offer God’s love and healing where there has been painful damage. The Diocese of Bethlehem in its diverse landscapes is rich and fertile ground for God’s planting and pruning.”

Nichols was formerly president of the Diocese of New Hampshire’s Standing Committee and a member of the churchwide Task Force to Reimagine the Episcopal Church.

A former Roman Catholic priest who received his master of divinity degree from St. Mary’s Seminary and University in Baltimore, he was received into the Episcopal priesthood in 1999 and has served as rector of St. Stephen’s in Pittsfield, New Hampshire and St. Andrew’s in Hopkinton, New Hampshire.

“I really like how naturally Kevin integrates his faith and spirituality into his everyday life,” said the Rev. J. Douglas Moyer, president of the Bethlehem diocesan standing committee. “To me it is apparent that he is a very spiritual person, close to God and will make a wonderful pastor. He doesn’t talk about I, he talks about “we, we, we.” And we are ready to do this together.”

The Rt. Rev. Sean W. Rowe, bishop of the Diocese of Northwestern Pennsylvania, served Bethlehem as provisional bishop for four years while the diocese determined its future.

“This diocese is so ready to take the next step, and we were not four years ago,” Moyer said. “And we are so excited about where we are headed.”

The bishop-elect’s wife, Patti, is a licensed clinical social worker. They have four adult children: Graham, Lindsay, Bryan and Keaton, and three grandchildren.

Pending consents from the wider Episcopal Church, Nichols will be ordained as bishop on Sept. 15 at First Presbyterian Church 3231 W. Tilghman Street in Allentown, Pennsylvania.

The Diocese of Bethlehem includes almost 12,000 members in 58 congregations in northeastern Pennsylvania.