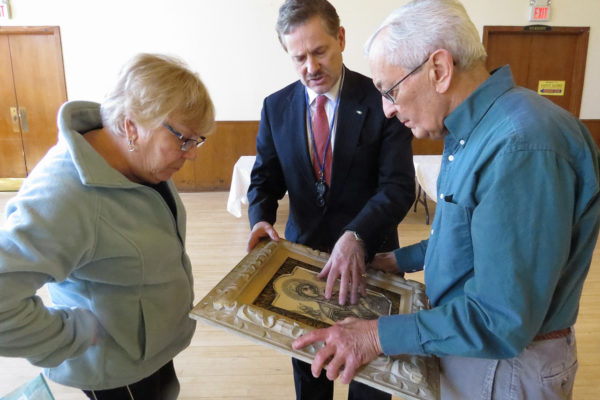 [Episcopal News Service] For 20 years, Jon Felz helped send people to prison as a New York police officer. Today, he’s volunteering his time to help those behind bars as a member of the Episcopal Diocese of Newark’s Prison Ministry.

“I have over 1,200 felony arrests,” he said. “But when you lock somebody up, you spend three hours with them processing them, and then you rarely see them again unless the case goes to trial. Ninety percent of the cases don’t go to trial. You don’t get to focus on them as human beings.”

But Felz’s faith journey has lent him new perspective and purpose. Now an antiques dealer and certified appraiser, Felz led an “Antiques Roadshow”-style event on April 21 at the Episcopal Church of St. James in Upper Montclair, New Jersey, to raise money for the diocese’s programs for inmates and their families. Looking ahead, he hopes to join ministry members in leading Bible studies for inmates.

“When God opens your heart, you really take this stuff to heart,” he said. 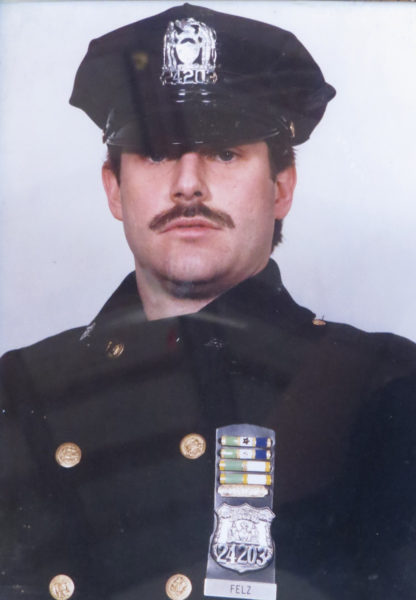 Felz, 60, began his New York police career during the “drug wars” of the 1980s. At age 22, he was assigned to Washington Heights, which set a precinct record with 137 homicides in 1984. During his career, he survived three gun battles and engaged in New York-to-New Jersey car chases to arrest suspected drug dealers.

“As I got older, I started to study the Bible – first from a historical point of view, because I love history,” said Felz, the son of an antiques dealer. His retirement from police work to enter the antiques business in 2001 gave him more time to reflect. “The years went by, my faith started to get stronger.”

A lifelong member of St. Paul’s Episcopal Church in Montvale, New Jersey, Felz began bringing donated pastries each Sunday to the men’s shelter located at St. Paul’s Episcopal Church in Paterson. Then he began bringing men’s clothing and toiletries from estate sales he ran and donations from members of his church. He started to get to know the shelter’s men, some of them just out of prison.

“I saw that even [with] the toughest ex-con … there is a bond,” Felz said. “When I go there Sunday, they know my name.”

He began thinking about the circumstances that led people to commit crimes. “I’m not making excuses for them,” he said, but “I look at them as victims.”

Reflecting on the people he’d helped lock up, he said, “I felt that I didn’t help anyone. These are human beings. They’re not just numbers.”

And when he heard about the diocesan prison ministry, he thought: “Maybe I could go in and give hope.” 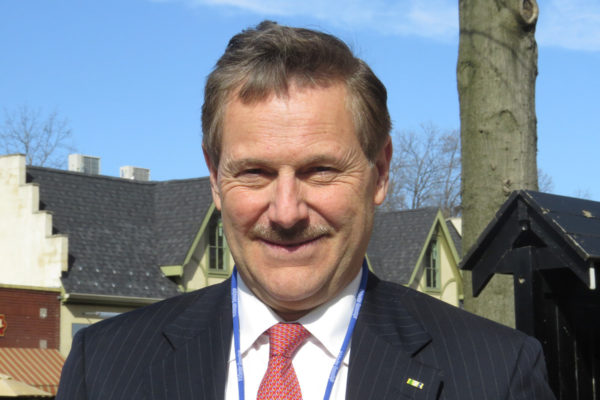 He wants to join diocese members who lead Bible studies in the state prison in Newark and in jails in Hudson and Essex counties. First, however, he will need to complete the institutions’ required paperwork and background checks.

For more than three decades, the diocese also has supported children and their incarcerated parents through the PATCH (Parents and Their Children) program. PATCH transports children for monthly visits with their parents at the Essex County Correctional Facility in Newark and provides camp scholarships, school supplies and annual Christmas parties for the children. PATCH previously included a mentoring component for children, which the diocesan prison ministry would like to restart.

Other programs include a pen-pal program and a holiday choir that leads a carol service at a county jail.

The ministry makes PATCH a priority because “our children are an at-risk population for prison, mental health issues, dropping out of school,” said the Rev. Pamela Bakal, prison ministry president and rector of Grace Episcopal Church, Nutley. The program costs more than $22,000 annually because of transportation, insurance and other costs – a funding need that prompted Felz to donate his antique-appraisal skills for the April 21 event.

Jon Felz, far left, poses with other police officers in New York in 1998. Felz served 20 years as a police officer but says he now is called to try to help inmates as a volunteer with the Diocese of Newark Prison Ministry. Photo courtesy of Jon Felz

His police days showed him the impoverished circumstances that led some into lives of crime.

“When these young guys are in the street … if you’re getting high every day or drunk … you’re not thinking straight, and you’re going to do stupid things,” he said. “The sad thing is, a lot of these guys do such stupid things, their life is over. If someone could tell them that their life isn’t over, that there is a God … that loves them, that cares about them.”

“It has nothing to do with liberal or conservative,” he adds. “Some poor kids have nothing. … It’s not a political issue. It’s a human being issue. Now it becomes our job to show them the love that they never had.”