[Episcopal News Service] Seminary of the Southwest is working with the Black Religious Scholars Group on a five-year partnership that will bring black scholars to the Episcopal seminary as visiting professors to improve racial diversity on the faculty and strengthen clergy formation on racial reconciliation issues.

The partnership creates the Crump Visiting Professor and Black Religious Scholars Group Scholar-in-Residence, with the Rev. Melanie Jones selected as the first visiting scholar. Jones, a Baptist minister, will teach at the Austin, Texas, seminary for a year starting this fall.

“This is a kind of direct initiative in order to not only bring black voices into this space but also to enable these voices to shape the curriculum and also to shape the theological development,” Jones said in an interview with Episcopal News Service. 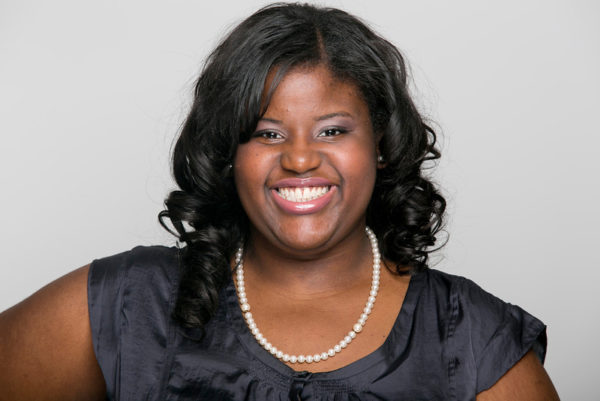 The Rev. Melanie Jones. Photo: Seminary of the Southwest

Jones grew up in the Chicago area and now serves as associate minister of the South Suburban Missionary Baptist Church in Harvey, Illinois. She studied economics and political science at Howard University, earning a bachelor’s degree, because she initially wanted to become a lawyer, but she grew to believe she could do more for social justice by focusing on spiritual development and community involvement.

While earning a Master of Divinity degree at Vanderbilt University in Nashville, Jones worked with faith-based programs there aimed at helping prison inmates successfully re-enter society, and she began teaching at the nearby American Baptist College, which has a history of engagement on social justice issues.

The Episcopal Church’s emphasis on racial reconciliation is one of the reasons Jones is looking forward to teaching at Seminary of the Southwest.

Presiding Bishop Michael Curry has made racial reconciliation one of his top priorities, most notably through the “Becoming Beloved Community” initiative. As he was elected in 2015, General Convention supported his call to that ministry. Convention has passed more than 30 resolutions on the subject since 1952, and some dioceses have taken up their own efforts to confront hard truths about their complicity with slavery, segregation and lynchings.

Seminary of the Southwest, in announcing the partnership with the Black Religious Scholars Group, cited an increased sense of urgency in the wake of recent episodes of racial hostility around the country.

“It is our sincere hope that this partnership and what we learn from it will be a model for other seminaries to collaborate with aligned organizations to foster racial and ethnic diversity in their institutions, the church, and the world.”

Jones and subsequent visiting scholars will teach two courses each academic year at Seminary of the Southwest, one core course in the seminary’s curriculum and a second course that each visiting scholar will develop. The visiting scholars also will have opportunities to preach during worship services at the seminary and help shape and contribute to other aspects of campus life.

This also is a new venture for the Black Religious Scholars Group, which in the past has connected its scholars with congregations in the black church tradition for symposia that offer a mix of academic and spiritual enrichment. Stacey Floyd-Thomas, the organization’s executive director and co-founder, said he hopes the partnership with Seminary of the Southwest “serves as a hopeful beacon of great promise and wonderful possibility to other likeminded institutions.”

“The Black Religious Scholars Group acknowledges this partnership as an exemplary way in which theological education and the church can live into the promises of our ideals during an era that may otherwise suggest that all hope is lost in a church and society in deep crisis,” Floyd-Thomas said in the seminary’s news release. “The work that we are embarking upon is built on a steadfast belief that our shared Christian witness is far stronger than persistent economic insecurity, rising cultural intolerance, growing political divisions, and increased anti-immigrant attitudes.”

Seminary of the Southwest has one black professor on its faculty, Awa Jangha, though most of its 18 full-time faculty members are white.

The visiting professor program “will increase the diversity of our faculty and enrich the conversation around theology, race, and the church,” Kittredge said in an emailed statement to ENS. “The partnership will be a learning opportunity for the members of our ongoing community, faculty and students alike, and for the visiting professor.”

She added that the seminary looks forward to welcoming Jones in the fall.

“Living fully into the promise of diversity is an opportunity not only for Seminary of the Southwest but for the Episcopal Church as a whole,” Kittredge said. “We hope that what we learn will be of benefit to the wider community of the academy and the church.”