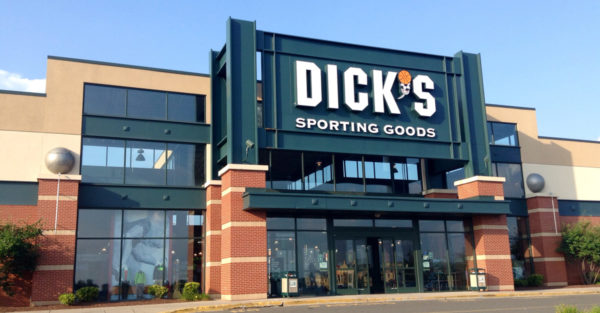 [Episcopal News Service] The Episcopal Church’s Executive Council in late January authorized its Committee on Corporate and Social Responsibility to join an attempt to convince Dick’s Sporting Goods to abide by the Sandy Hook Principles developed to stem the tide of gun violence.

A little more than a month later, the Pittsburgh-based retailer announced Feb. 28 that it would stop selling assault weapons at its 35 Field & Stream stores.

Dick’s also called on elected officials to ban assault-style firearms, high-capacity magazines and bump stocks; raise the legal minimum age to purchase firearms to 21; require universal background checks that include relevant mental health information and previous interactions with law enforcement; build what it called a “complete universal database of those banned from buying firearms; and close the private sale and gun show loophole that waives the necessity of background checks. All of the company’s actions and its message to government officials fit into the Sandy Hook Principles.

The shareholder activism of the Episcopal Church and other religious institutional investors was not the sole cause of Dick’s decision, but those involved say it had some influence on a company that was considering a change.

The Episcopal Church does not invest in gun manufacturers, but it does own stock in Dick’s Sporting Goods. The Church Pension Fund does not hold any direct investments in companies that manufacture or sell guns, according to C. Curtis Ritter, the head of corporate communications. And, unlike some investors, the Domestic and Foreign Missionary Society (the name under which the Episcopal Church is incorporated, conducts business and carries out mission) has never purchased stock for the sole purpose of engaging in a shareholder action, the Rev. Brian Grieves, chair of council’s Corporate and Social Responsibility Committee, or CCSR, told Episcopal News Service. And, both Grieves and Ritter said they are not are aware of any indirect investments in these types of companies in the pooled funds in which their organizations invest.

However, the church was involved in the effort to convince Dick’s to change. After Executive Council approved the committee’s involvement, Grieves said, it joined with five Roman Catholic groups to engage Dick’s Sporting Goods in a dialogue about its gun sales.

That effort actually began in July 2017 when a representative of Mercy Investment Services Inc. wrote to Ed Stack, Dick’s chairman and chief executive officer, asking the company to report on actions, if any, it had taken “on elements such as those based on Sandy Hook Principles.” Mercy is the asset management program for the Sisters of Mercy and its ministries.

The retailer did not respond to the letter, Grieves said, and so Mercy, four other Roman Catholic religious orders and the DFMS filed a shareholder resolution. The filing occurred via the Interfaith Center on Corporate Responsibility, an organization to which both the DFMS and the Church Pension Group belong that helps religious organizations pool their shareholder power.

“They finally responded to that, and were agreeable to a dialogue,” Grieves said.

“It was a very productive and very good meeting, and they seemed to be very interested in having good procedures in place for how they sell these weapons. And so, in order to continue that dialogue, we agreed to withdraw” the shareholder resolution, he explained.

Then, the Feb. 14 massacre at Marjory Stoneman Douglas High School in Parkland, Florida, happened. Stack said that the company founded by his father had sold a gun to 19-year-old Nicholas Cruz, the suspect in the shooting that left 17 students and adults dead. That gun was not used in the school shooting but, according to Stack, that knowledge moved the company to action.

William McKeown, a CCSR member, said that it is important to remember that “the community of investors of faith has been working on gun safety for years.” The shareholder resolution with Dick’s Sporting Goods “was just one small piece of a wider effort, and no one thought then that it would be — or thinks now that it was — anything like a decisive act.

“But it helped. The lesson: this work is worth doing.”

Chairman and CEO of Dick's Sporting Goods tells @GStephanopoulos why the company has decided to no longer sell assault style rifles or firearms to anyone under 21 years of age, and no longer sell high capacity magazines. pic.twitter.com/xiuMfqIZLd

McKeown cautioned that, despite the Dick’s Sporting Goods decision, more work needs to be done, and Grieves agreed, saying that an area where investors can be immediately effective has arisen in the aftermath of the Parkland massacre.

“As investors, we also need to thank and support those companies that are severing ties to the NRA,” such as rental car agencies, insurance companies and airlines, he said. “The pushback on them is and will be fierce, and we need to let them know we have their back on their actions.”

“We own stock in a lot of those companies,” Grieves added.

While many companies initially won praise for their actions, a backlash is developing. For instance, Georgia Lt. Gov. Casey Cagle, a Republican with an A-plus grade from the National Rifle Association, is leading an effort to get that state to rescind a $50 million sales tax exemption on jet fuel. The exemption was instituted in hopes that Atlanta-based Delta Airlines would add more routes and thus help Atlanta attract more business.

Shareholder engagement is nothing new for the Episcopal Church

CCSR’s roots were at least partially planted during the effort to use the world’s economic power to break apartheid’s hold on South Africa. In 1985, the General Convention directed the Executive Council to divest itself of all holdings in companies doing business in South Africa and Namibia and urged all other church investors to do the same.

Since then, the work of the variously named committee that is now known as CCSR has waxed and waned, but some Episcopalians have always believed, McKeown said, that the church can leverage its investments to advocate for the things in which it believes. The Episcopal Church has about $454 million in investments, and the Church Pension Fund controls about $13.2 billion. Joining with other faith-based investors, they focus on certain areas of concern.

The Church Pension Fund concentrates on environmental sustainability, human rights violations and corporate executive and board diversity. The DFMS, through the Corporate and Social Responsibility Committee, currently concentrates on product and gun safety, human rights, indigenous rights, climate change and environmental sustainability, Israel-Palestine issues and corporate accountability and board diversity.

The CCSR does not make any investment decisions. The Executive Council Investment Committee oversees the DFMS’ investment activity. Grieves and McKeown said the CCSR knows it can only act within the bounds of the policies set by General Convention and through the church’s current investments.

While the Episcopal Church does not invest in gun manufacturers as a matter of course, it does not have a specific prohibition against such investments. There are so-called no-buy lists against investing in tobacco companies, for-profit prison companies and companies that earn more than a specific percentage of their business as military contractors.

The DFMS treasurer’s office says it invests with what it calls “a trinity of avoidance, affirmative action, and advocacy” in mind. Avoidance means not investing in companies whose activities are contrary to the church’s social and moral values. Affirmative investing involves investing in institutions that can provide financial resources to underserved communities. Advocacy centers on voting proxies and activism that “focus on constructively influencing corporate behavior.”

“The corporate world for once is leading the way while our legislators try to have it both ways,” Grieves said. “As an ethical investor, the church must engage the work of socially responsible investing. It, too, is part of our witness in the Jesus Movement.”

The Episcopal Church’s Office of Government Relations is working hard on Capitol Hill, Grieves said. On Feb. 28, it issued an action alert for Episcopalians to advocate for an assault weapons ban.

The CCSR sometimes continues to leverage the church’s investments even after the majority of a stock is sold for portfolio management reasons. Grieves said the committee can ask to retain the minimum value of shares needed to continue to monitor a company’s activities and engage with its operations.

Grieves’ committee is due to meet again in late March, and he said the members will discuss next steps on gun control issues. It might suggest that Executive Council consider making a statement about following on the Dick’s Sporting Good action and the decisions by other companies to sever ties with the NRA, he said.

It might also suggest a similar statement by the General Convention during its July meeting in Austin, Texas. That convention’s Committee on Stewardship and Socially Responsible Investing would likely consider any resolutions dealing with shareholder advocacy and other issues surrounding those types of investments.

McKeown cautioned that no one part of advocacy will result in change.

“I don’t think this is the way to save the world,” he said of shareholder engagement, even though he is deeply involved in the effort. “It is a useful approach because … everything is monetized and financialized so these investments provide access points for influencing decision-making and influencing behavior and influencing policy.

“But they are not the only ones by any means. If you just relied on these, you wouldn’t get very far. They have to be used with everything else that everybody can think of, including marching on the streets and writing to your congressman and running for election and making contributions to good causes whether they are political or not and doing your own work in your neighborhood.”