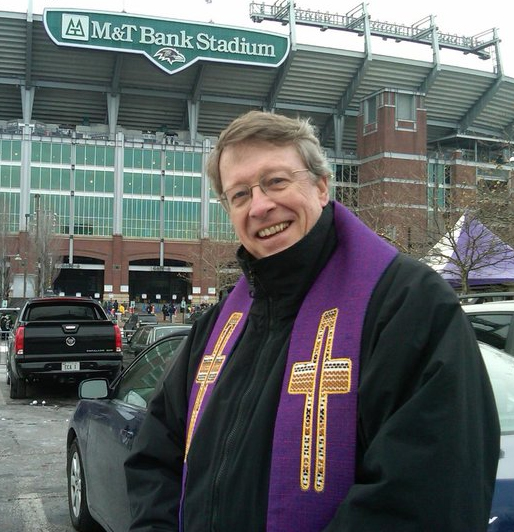 “We are excited about welcoming Canon Webster as he joins us in our faith journey toward discernment of a new Dean,” said Hawkins. The full announcement was posted on the cathedral’s website.

Webster has served nearly eight years in the Diocese of Maryland first as canon for evangelism and ministry development. Two years ago he was given responsibility for all media communications.

“I announced last May at our diocesan convention that Dan was transitioning toward retirement,” said the Rt. Rev. Eugene Taylor Sutton, bishop of Maryland. “Dan has long wanted to return to the southwest and this is a blessing for both him and St. John’s Cathedral.”

Thirty years ago Webster was news director of KOB-TV, Albuquerque. A friend invited him to a mid-week Holy Eucharist at St. John’s. Webster has said that was the beginning of his transition into the Episcopal Church.

“I’m thrilled to be returning to Albuquerque in this capacity,” Webster said in the cathedral announcement. “I’m honored and blessed to be walking with the people of St. John’s Cathedral during this transition.”

Webster earned his Master of Divinity degree from the Seminary of the Southwest in 1996. Prior to entering seminary, he worked for 25 years in broadcast journalism. Half of that time was with NBC News in Burbank, CA and Washington, DC, as news writer, producer and deputy bureau chief.

It was in Salt Lake City when he was news director at KUTV where he explored a call to the priesthood. He was ordained in the Diocese of Utah nearly 21 years ago. He’s served in four dioceses as curate, interim vicar, rector, direction of communications and canon for congregational development. He also was media relations director at the National Council of Churches in New York City for two years.

“We have been blessed by his ministry among us,” said Sutton. “I, for one, will miss his expertise, collegiality and passion for spreading the Gospel.”

A nationwide search for a director of communications has been underway. An announcement is expected in early 2018. Webster’s last day in the office is Jan. 19. He officially begins his new call in February.

The Episcopal Diocese of Maryland has more than 100 parishes in 10 counties and the City of Baltimore in western, central and southern Maryland. It is a part of The Episcopal Church and the worldwide Anglican Communion.