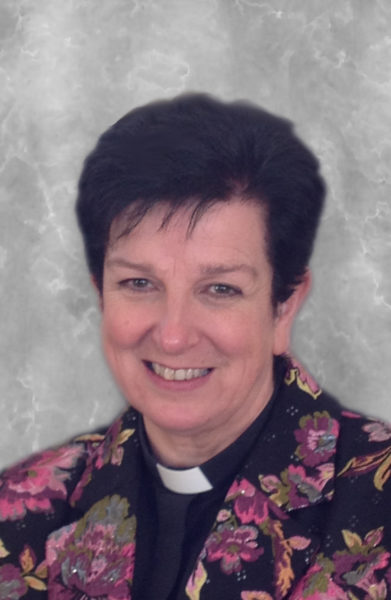 Dyer has served as rector of Holy Trinity Church in Haddington, Scotland, since 2011.  Her wider church involvement includes being a member of the Scottish Episcopal Institute Council and a member of General Synod.

Dyer was ordained deacon in 1987 and priest in 1994 in Rochester, being among the first group of women for each of these orders. She served as warden of Cranmer Hall, Durham, England, and before that was ministry development officer in the Diocese of Rochester, England. Prior to ordination, Dyer read Chemistry at St. Anne’s College, Oxford, and was a business systems analyst with Unilever before training for ordained ministry at Wycliffe Hall, Oxford and studying theology at King’s College London.

Dyer is chair of the East Lothian Foodbank and is also a regular lecturer across Edinburgh and the Lothians on the subject of fine art and theology.

On hearing of her election, Dyer said, “I am delighted to be elected by the bishops of the Scottish Episcopal Church to serve as bishop in the united Diocese of Aberdeen & Orkney. It will be a privilege to lead the people of this diocese as they continue to make known the love of God to those in their communities and beyond. I am looking forward to both the challenge and excitement of serving and worshiping together in diverse locations across the diocese and to joining the College of Bishops.”

The Most Rev. Mark Strange, bishop of Moray, Ross & Caithness and primus of the Scottish Episcopal Church, said, “I am delighted to welcome the Rev. Canon Anne Dyer to the College of Bishops. Anne brings with her a wealth of experience in theological education and mission development, and has so many of the gifts sought by the diocese together with a deeply loving and generous personality.

“I am also delighted that those gifts have allowed us to elect a woman to our College of Bishops. Please pray for Anne, her family, for the congregation at Haddington and for the Diocese of Aberdeen & Orkney as they journey on in faith.”

Dyer was born in 1957. She is married and has a daughter.