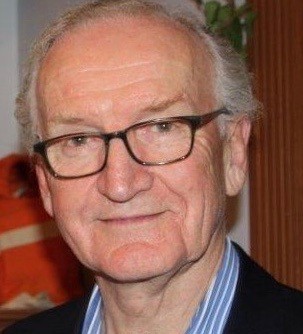 [Episcopal Preaching Foundation] The Episcopal Preaching Foundation announces the appointment of Peter D. Wild as its incoming Executive Director. Wild brings experience as an Executive Director in the not-for-profit sector and as an entrepreneur and business builder in the for-profit arena. An alumnus of Trinity Wall Street, Wild helped to build Trinity’s ecumenical outreach magazine Spirituality & Health into a national presence, later overseeing its transition to the private sector. In his earlier career at the BBDO advertising agency he led teams building brands for Campbell’s Soup and GE, and as an entrepreneur he co-created award-winning TV and video educational programming.

Founded by economic forecaster and analyst A. Gary Shilling in 1987 the mission of the EPF is to improve, support and enhance the level of preaching in the Episcopal Church. EPF partners with Episcopal Seminaries and church leaders to deliver the annual Preaching Excellence Program (“PEP”) conferences, and regional preaching intensive programs in partnership with Episcopal dioceses. According to a 2016 Pew Research Study preaching is the driving factor in selecting a house of worship — a crucial leverage point in the future health of Episcopal parishes.

With the EPF sometimes referred to affectionately as The Best Kept Secret in the Episcopal Church, Wild sees his most important tasks to be raising the profile and impact of the EPF in service to Founder Gary Shilling’s vision of placing a powerful preacher in every Episcopal pulpit.