Previously based in Ambridge, Pennsylvania, the Brotherhood is opening offices in Louisville, Kentucky, this summer. Welch will oversee operational functions for the 4,200-strong ministry. 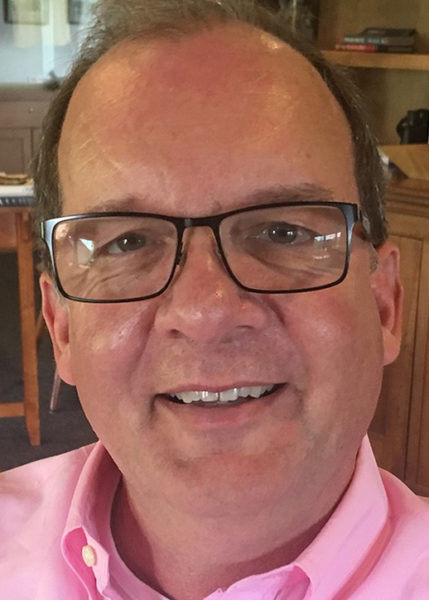 “We are very excited about the ability to make a statement about expanding the men’s ministry movement throughout the country,” Brotherhood President Jeffrey Butcher said. “We need men to adopt a more active role in their spiritual journey.”

Welch’s resume includes a leadership role in the national Cursillo movement as well as leading both Episcopal and Methodist Cursillo retreats. Youth programs are equally important to the Brotherhood’s new interim executive director. Welch has been heavily involved in Camp Fund-shine (a camp for pediatric burn victims) and Camp Bratton-Green in his home diocese in Mississippi, and, most recently, he was director at Camp Hardtner in the Episcopal Diocese of Western Louisiana.

Before moving to work within the church, Welch was with the John Hancock Financial Network. In this role, he has practiced risk management, planned giving, college planning, long-term care and retirement planning and protection. This enabled him to have extensive interaction with individual and institutional clients, 501(c)(3) entities and businesses.

“This hiring is a statement that tells the church and our members we are very serious concerning the challenge to disciple men and youth to Christ,” President Butcher said. “We are now stepping up to the plate like our Lutheran and Methodist counterparts. The Brotherhood has not had a director for more than a decade.”

Welch began his duties with the Brotherhood on June 19. He said he was equally excited to meet the thousands of Brothers throughout the nation, beginning with the organization’s national council meeting June 20-22 in Louisville.

“I believe if we are going to reach the millennials in the 21st century we must reach them in new ways and venues with the same 134-year-old Brotherhood of St. Andrew mission but with a different vision of how the mission is fulfilled today,” Welch said.

“These days young adults aren’t going to have breakfast on Saturday mornings with a bunch of buddies. They are grabbing premium coffee at the café on their way to play lacrosse followed by a full weekend of other activities.

“Why not reach out to them in late evenings during the week? We see other areas of the church have great success in changing the time and even the location of evangelism efforts, though the mission is still the same.

“It’s the vision of how we picture the environment that may need to adjust. If we can get them interested, we can get eventually get them to a brick and mortar church on Sunday.