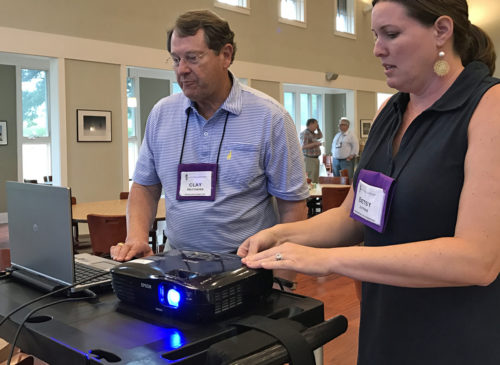 [Episcopal News Service] When Bishop F. Clayton “Clay” Matthews retires from the Episcopal Church’s Office of Pastoral Development on June 30, he will leave having made an indelible mark on the House of Bishops.

Matthews began that work in 1998. During that time, he refined and reshaped many of the office’s ministries. The office supports the bishops and the presiding bishop with episcopal formation and development; pastoral care of bishops, their families and diocesan systems; and mediation in Title IV disciplinary matters.

High on the list of duties is the College for Bishops, which provides a three-year cycle of training for new bishops, known as Living Our Vows, as well as continuing education for longer-serving bishops. He will continue in his role as the college’s managing director for the next two years. The transition will, he told Episcopal News Service, help the college choose a new leader who will report directly to the presiding bishop.

Eastern Michigan Bishop Todd Ousley will leave his diocesan post to succeed Matthews as head of the Office of Pastoral Development. He begins work on July 5.

During the 2017 session of Living Our Vows, Matthews spoke to ENS about his ministry.

What was the greatest challenge you faced in June 1998 when you began in the Office of Pastoral Development?

The greatest challenge was living into the breadth of the office while also honoring the hard work of responding to misconduct issues. Misconduct had dominated the last few years of Harold Hopkins’ tenure. Hoppy was having to do everything himself with the election processes, and the College for Bishops was having trouble getting participants into the program. [Presiding Bishop] Frank Griswold wanted to create a pool of consultants for election processes. That would free up time to address the lack of vision and resources for the [five-year-old] College for Bishops. Without consultants, they were canceling more programs than they were actually having, and it was totally supported by outside funding. The general church [budget] was not paying any of it. 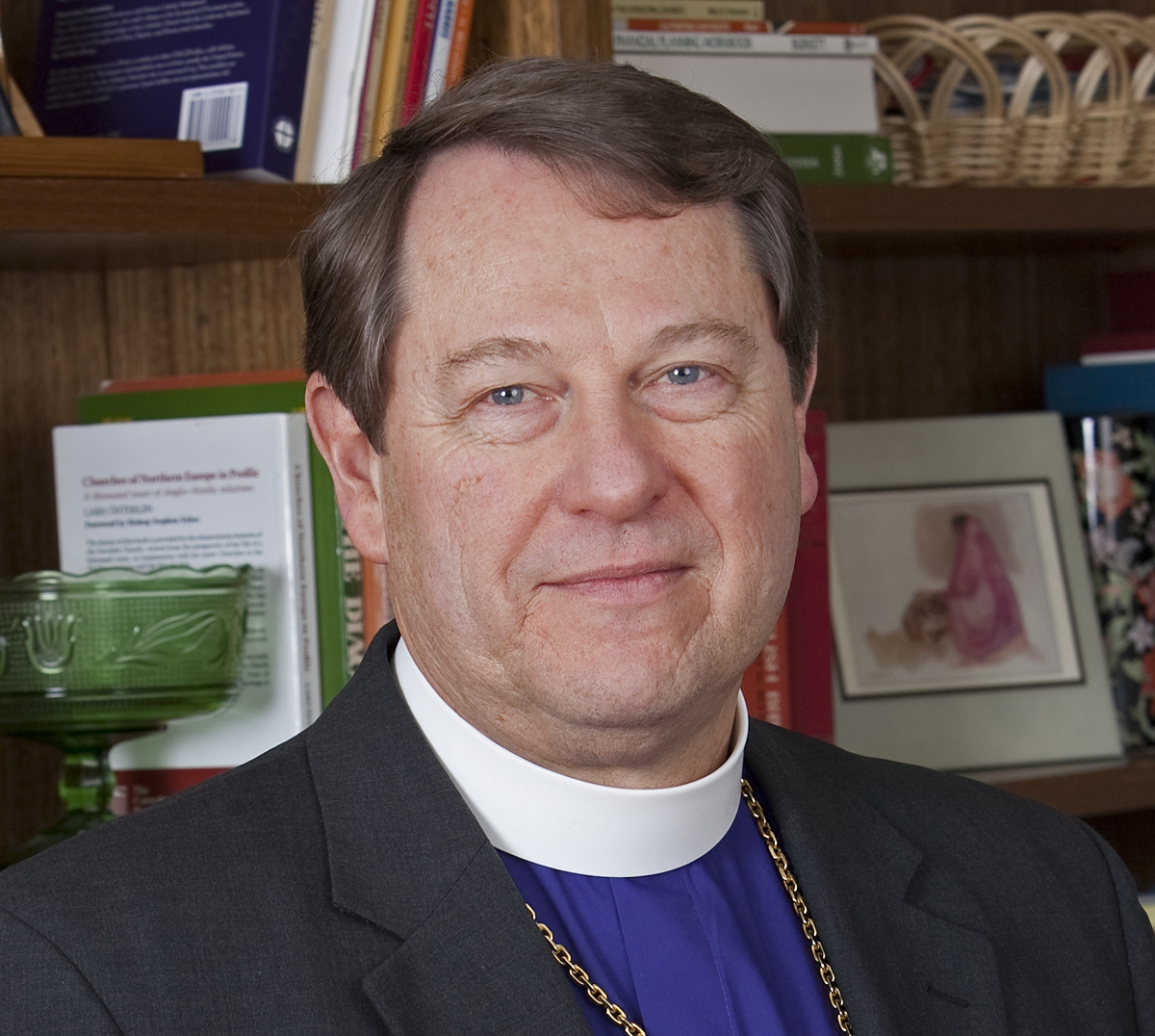 What were yours and the presiding bishop’s goals for this office when you began? How have those changed, if they have?

The goals were, one, to represent the next generation of bishops in the house because at that time I was young. The second was to create trained leaders who could extend the work of the office beyond the individual holding the office. The work is bigger than the person holding the office. The work of those cohorts was as consultants, teachers, therapists for interventions, advisors in Title IV disciplinary matters. None of those groups existed.

You have spent nearly 20 years doing this work. How have the issues that bishops face changed?

To answer that I have to say a little bit about what happened before 1998. Obviously, the General Convention in 1991 in Phoenix, there was a meltdown within the House of Bishops and there was a toxic environment and an atmosphere of total distrust. It was in response to that, partly, that in 1993 the college had its first embryonic days because it was just absolutely necessary. Then in 1994 the church created its first uniform disciplinary canons. There was also the Lambeth Conference that took place in 1998 [during which] this church felt betrayed by the Archbishop of Canterbury. That was the scene in which I came into.

In 1998, we knew we had to deal with the toxic environment. We had to create an atmosphere where there was more respect within the house for the context in which bishops worked. And the college had to change its focus so that more bishops would participate, and so that it was not just for new bishops but for all bishops. So we expanded the program. So we were offering programs such as “the bishop as pastor” or “the bishop as public person” so that any bishop could come to them, not just brand-new bishops. We still do this today.

In 2002 and 2003, we were in a period of bishops creating constitutional crises to challenge the church. We had sessions of bishops [meeting] outside of the House of Bishops. We had to create Delegated Episcopal Pastoral Oversight [for Episcopalians who felt their bishops’ stances on some issues meant they could not be their pastors]. And it was also when the college finished a three-year research project with the ELCA [Evangelical Lutheran church in America] on what bishops needed coming into this office.

By 2013, the atmosphere in the house was much less toxic. Many of the detractors had left the house and formed new churches. It was also the creation of the new Title IV [clergy disciplinary] canons and I became the intake officer for the church [the person designated to receive reports of offenses by bishops]. The work there was overwhelming, just overwhelming because there was no governor on who could make a complaint and what a complaint consisted of. By then, the College for Bishops is robust; it’s in full bloom and functioning quite well with a board. We became incorporated in 2011 by unanimous vote of the House [of Bishops].

Now, 2017, it’s time for the next generation and hence to Todd [Ousley]. It’s time for the job description for the bishop of the Office of Pastoral Development to be examined and changed, which it has been. It’s time for college to see what it has in terms of its offerings to this church and to the [Anglican] Communion. It’s a time of exploration.

What do you see on the horizon for bishops? What new issues are bubbling up?

And challenge is continued clarity of our corporate – and I don’t mean institutional, I mean whole body – responsibilities, care for one another, the haves and the have-nots.

There will also be challenges to our polity. 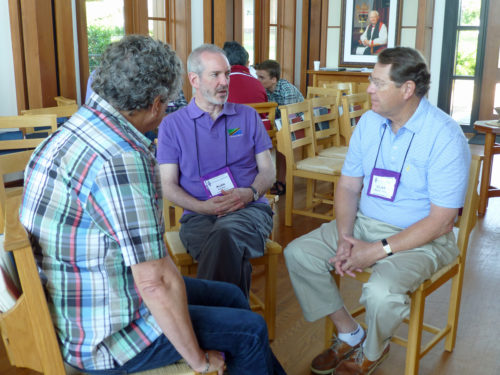 There seems to be a sense that the members of the House of Bishops are more connected to each other, and that there is less tension in the house. From your perspective, is that the case and, if so, to what do you attribute that change?

There’s greater respect for the context in which bishops work, which informs our theology. Beforehand, there was little appreciation for the diversity of this church and therefore little opportunity to understand the theology that grounded some decisions made by bishops based on their contexts, on where they worked and lived. [The House of Bishops] was more a theoretical debate society rather than a sense of understanding ministry on the ground.

The biggest disrupter was in 2003 when the House of Bishops gave its consent to the election of Gene Robinson [the first openly gay bishop in the Anglican Communion]. It really tore at the fabric of the house. We had a group of bishops that got up and left. We had bishops who did not give consent but who stayed in the house. They are widely respected but who felt, because of their decision, ostracized. Within that [atmosphere] you had bishops who might have felt one way theologically but had to act another way because of the context in which they were exercising their ministry.

Today, there’s a greater sense of respect within the house for each other and for what they are having to address at home.

What would you like the wider church to know about the work and ministry of bishops?

I’d like for them to know or have the opportunity to experience the faithful, prayerful, respect each one has for their call. It goes so much deeper than how they’re seen in the trappings of the office; the faithful Christian trying to be the best bishop they can be for the church, rather than the role.

The problem, of course, with that is everybody’s had an experience with the role and they project that experience onto whoever holds the office. That’s one of the things that people who come [to the College for Bishops] to teach and have an experience like this, they can’t stop talking about what a pleasure it is to be able to hear how the bishops handle the content of what we’re trying to do. It’s hard to see when you’ve got somebody up there in these fine vestments that are all kingly and royal. It’s one thing to look at it from the outside; it’s another thing to live it.

What advice have you given your successor, Bishop Todd Ousley?

Trust his own instincts. Make what I did his own and get rid of the things that he doesn’t think are helpful. Accept the support that others will offer him. Be collaborative. Don’t get caught up in the bureaucracy. For example, when I first came into the office there was consideration of me being the chaplain to the Church Center [staff]. I said no. I have only been to one Executive Council meeting when asked. Don’t get caught up in the bureaucracy of the church so you can do ministry. Be there when they need you, when they want you, but otherwise, you’ve got plenty to do.

– The Rev. Mary Frances Schjonberg is senior editor and reporter for the Episcopal News Service. This interview was lightly edited for clarity and condensed.