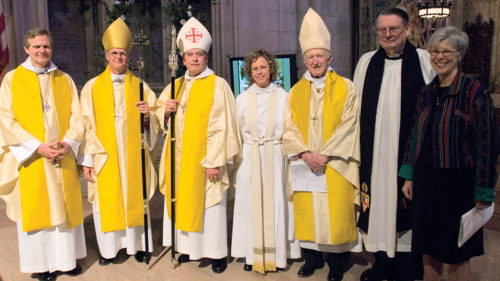 The Rev. Carlson Gerdau, second from right, died May 27 at age 84. He is seen here attending the installation and investiture of Presiding Bishop Katharine Jefferts Schori in 2006. Presiding Bishop Frank Griswold is second from left. Photo: Washington National Cathedral

[Episcopal News Service] The Rev. Carlson Gerdau, who served for a decade as canon to the presiding bishop under the Most Rev. Frank Griswold and the Most Rev. Katharine Jefferts Schori, died May 27 at age 84.

Gerdau’s work for Griswold dated to 1988, when Griswold as bishop of the Diocese of Chicago hired Gerdau as the diocese’s canon to the ordinary and director for ministry, deployment and communication. When Griswold was installed as presiding bishop in 1998, Gerdau joined him in New York.

After Jefferts Schori took over as presiding bishop in 2006, she asked him to stay on for the transition. Gerdau retired a year later. 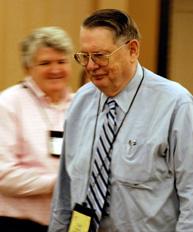 The Rev. Carlson Gerdau is honored by the Executive Council in 2007 at his retirement. Photo: Episcopal News Service

“You never know what’s to be ahead of you, but it’s been a wonderful journey,” Gerdau told the Episcopal Church’s Executive Council in 2007 on his retirement.

Griswold will deliver the sermon May 31 at Gerdau’s funeral service (details below). “He cared deeply about the church and her institutions,” Griswold says in a copy of the sermon provided to the Episcopal News Service in advance.

In the draft sermon, Griswold compares Gerdau to the biblical Elizabeth, who reassures and encourages Mary after Jesus’ mother is visited by the angel Gabriel.

“I think of Carl as a similar minister of encouragement, who has helped countless men and women and young people, and certainly me as well, to be their best selves and sing their own songs,” Griswold says.

Fond memories of Gerdau have been pouring in from across the Episcopal Church since news of his death was received over the weekend.

“Carl was one of God’s enduring gifts, filled with surprises, and grounded on the Rock of Ages,” Jefferts Schori said in an email to the ENS. “His gruff manner shielded a heart of gold, and he was always thinking strategically about how better to love others. Like Jesus, he is reputed to have shown up more than once at a friend’s door, saying ‘I’m staying here tonight.’ And like Jesus, he remains in the hearts of all who knew him. Rest from your labors, dear friend.”

The Rev. Shawn Schreiner, former rector of Grace Episcopal Church in Oak Park, Illinois, described him as a “gentle giant” who helped her get her first job in the Chicago area. Her tribute to him on Facebook also noted his sense of humor, as well as their differences in height.

“I remember him telling me to call him once a month about (job openings). If I called more often I would be pestering him and if I called less frequently he would forget about me,” she wrote. “I also remember him reminding me that we would pass the peace by me standing on a pew or chair. That always made him smile.”

The Executive Council passed a resolution at the time of his retirement honoring him for his “considerable influence, often gentle, on every aspect of the church’s governmental, legislative and diplomatic life.”

The resolution further described him as a man “whose sometimes gruff exterior inadequately conceals a soul of extraordinary kindness, wisdom and humor, a soul deeply in love with the Church his entire life, and wide enough to embrace everyone from those in high places to those in need, unknown, unacknowledged and known only to him and them.”

Gerdau was born Feb. 22, 1933, to the late Kathryn Schaefer Gerdau and Carl Gerdau of New York City. “He found his vocation in the church in 1949 by serving as a counselor to the Brantwood Camp in Peterborough, New Hampshire,” a family obituary says.

He graduated from General Theological Seminary in 1959 and was ordained to the diaconate and the priesthood the same year. Gerdau served for 20 years as vicar and rector at several churches in Michigan until he was appointed archdeacon of the Diocese of Missouri in 1979.

In 1986, Gerdau spent a year on sabbatical studying Spanish in Guatemala and theology at the University of Chicago. He then served from 1987 to 1988 as interim rector at St. Gregory’s Episcopal Church in Deerfield, Illinois, before joining Griswold’s staff at the Diocese of Chicago. 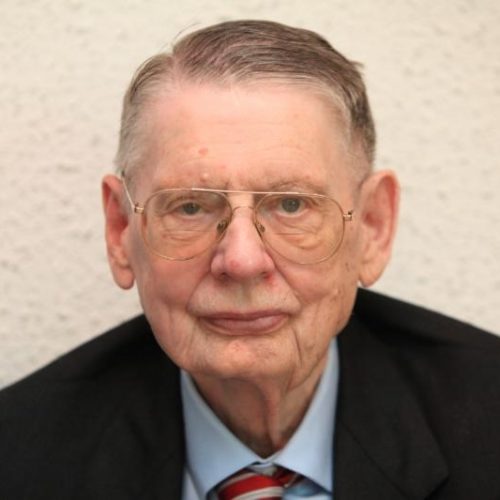 Gerdau was superior of the Oratory of the Good Shepherd, a religious order he joined in 1964. He also served on the boards of the Episcopal Church Pension Fund, Bexley Hall Seminary, Bexley Seabury Seminary Foundation, Auburn Seminary, the Church Historical Society and Friends of Canterbury Cathedral in the United States.

He is survived by four nieces and their children.

A funeral is scheduled for 11 a.m. May 31 at St. Luke’s Lutheran Church in Manhattan, his family’s church. A private burial will take place at Woodlawn Cemetery. In lieu of flowers, donations may be made to Brantwood Camp, P.O. Box 3350, Southborough, NH 03458, or NAACP, of which he was a lifelong member, at NAACP Development, 4805 Mt. Hope Drive, Baltimore, MD 21215.