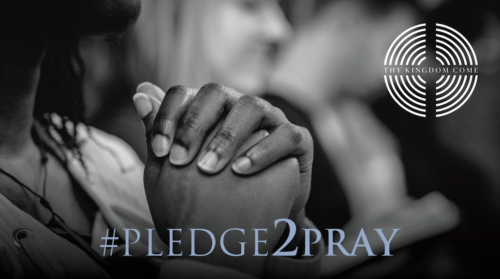 [Episcopal News Service] Before the church was the church, the first followers of Jesus faced an uncertain time. He had ascended into heaven, after pledging to send the Holy Spirit “not many days from now.” However, the promised empowerment to be his witnesses had not materialized. So, Act 1:14 says, they prayed, constantly.

It is said they prayed for 11 days until Pentecost’s tongues of fire descended on them and the Holy Spirit gave them the power to spread the gospel, telling the story of how the kingdom of God had come near them in the person of Jesus. Their witness began drawing in others who committed to following Jesus and together they formed a nascent church.

Today in the church, these 11 days do not get much attention, coming as they do after Easter as spring eases into summer. However, for the second year, Thy Kingdom Come, a campaign initiated by Archbishop of Canterbury Justin Welby, seeks to refocus Christians worldwide around the world on the early disciples’ example. He wants people to know “what it means to follow Christ and what an amazing journey that takes you on,” explained Emma Buchan, project leader of Lambeth Palace’s evangelism task group project.

Thy Kingdom Come invites individuals, families and congregations to pray between Ascension Day (May 25) and Pentecost (June 4) that their friends, families and neighbors come to know Jesus Christ. The campaign suggests that participants keep five specific people in their prayers during the 11 days. Moreover, they are invited to make their prayers known by sharing a short prayer on each of the 11 days through social media (details below). The motto is “Pray it – Picture it – Post it.”

Each day’s theme comes from the catechism in the Episcopal Church’s version of the Book of Common Prayer. The catechism’s prayer and worship section (page 856 here) lists the principal kinds of prayer as adoration, praise, thanksgiving, penitence, oblation, intercession and petition. The organizers added a prayer to Jesus as well as prayers of celebration, silence and for thy kingdom come. They modified some of the language, with penitence becoming “sorry,” oblation becoming “offer,” intercession becoming “pray for” and petition becoming “help.”

“We were asked to suggest a strategy for involving clergy around the world and also to figure out a way of making sure that the prayer component in which people are asked to participate is of substance and depth,” Jamie Coats, director of the Friends of the Society of Saint John the Evangelist told Episcopal News Service.

The SSJE brothers have worked with the Anglican Communion Office to offer Advent Word and that office asked them to discuss with Lambeth Palace “ideas that could help people pray around the world together.”

High on their list of suggestions was that Thy Kingdom Come’s prayers follow the catechism pattern that the brothers developed at the request of then-Presiding Bishop Katharine Jefferts Schori for the Prayers of the People at the 2015 meeting of General Convention.

Calling the Episcopal catechism beautiful and poetic as well as very well-articulated, Coats said the choice is a “recognition of the extraordinarily beautiful work that went into the catechism.”

“It’s been wonderful to work with Lambeth Palace and see them reaching out and working with people around the world,” Coats said. He added that much of that work has been around adapting church language to broader, diverse audiences spread over many time zones.

“They just seemed to us to be a good thing to have a theme for each day,” Buchan said of the catechism-based daily focus. “Just to give people an opportunity to come in many ways to prayer, and to consider what God might be calling them to do, to pray for those they love,” as well are for all of the other things in their lives.

All of the work is anchored in the hope that people will come closer Jesus, she said.

That hope fits perfectly with SSJE’s mission. “As members of a monastic community, we brothers are committed to helping people learn to pray their lives,” said James Koester, SSJE’s superior. “We believe that this is what Jesus did when he taught the disciples the prayer we now know as the Lord’s Prayer. During the 11 days of Thy Kingdom Come, it is our hope that everyone who participates will deepen their friendship with Jesus and come to know that every aspect of their life is the stuff of prayer.” 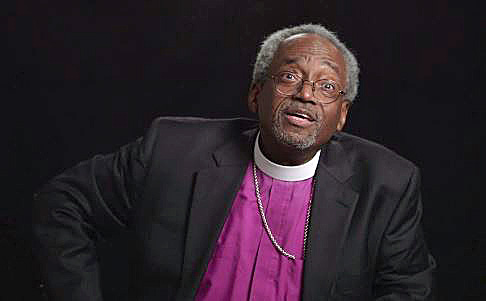 Presiding Bishop Michael Curry’s meditation on #ToJesus leads off the 11 days on May 25.

More than 100,000 people committed to prayer during Thy Kingdom Come’s first round in 2016, according to Buchan, who was hired to plan the 2016 effort. That year the goal was 5,000 participants. Buchan called that outcome “an amazing work of the Holy Spirit.”

Coats said the 11 days are meant to “give people a taste of the different ways to pray” and think about how they might use the Thy Kingdom come materials, which are essentially timeless, at other times of the year as well.

A wide range of resources and information to aid participation in Thy Kingdom Come are available here.

Across England, prayer events of all shapes and sizes will take place, including 24/7 prayer rooms, prayer days, prayer walks and half nights of prayer. Church of England cathedrals, churches and other venues will host “Beacon Events,” gathering people to worship and pray for to be empowered of the Holy Spirit for effective witness.

The Church of England is supplying low-cost copies (about $1 each) of “The Life: An Account of the Life of Jesus Christ According to Luke” () to be given away at Thy Kingdom Come-related events.

Each day’s prayer leader offers a video featuring him or her praying a prayer of his or her own design based on that day’s theme. The schedule is: