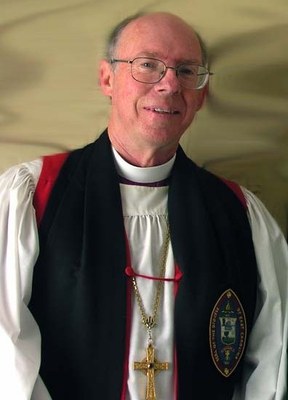 Daniel, who is currently the chairman of the Board of Trustees of General Theological Seminary in New York, most recently served as provisional bishop of the Diocese of Pennsylvania.

In describing his life’s work that now has brought him to the cathedral, Daniel said, “I have served for 45 years as deacon, priest and bishop. In those years, I have served in settings ranging from rural to metropolitan. One thing I have learned is that people (including me) and communities are hungry to hear the liberating story of Jesus; hungry to receive the healing and reconciling medicine of the Gospel in the midst of busyness, fragmentation, division and dissension. Even the busiest of us can hear the Lord in quietness … if we seek to learn to be quiet.”

Dietsche, in making the announcement, expressed his gratitude in welcoming  Daniel, with all the experience and passion he brings with him, to the cathedral and the New York diocesan community. Daniel, who will be moving to the close with his wife, Anne, looks forward to spending the next chapter of his life at the cathedral.

Daniel said, “I look forward to working with Dean Kowalski during the transition over the next several months. I know I will value his guidance as we continue the important work of this extraordinary community.”

As well as appreciating the many opportunities for service and celebration to be found here, Daniel and his wife are pleased to be closer to their three daughters and four grandchildren, who all live in New York.

Dietsche and Macleod, with the Cathedral Board of Trustees, will establish a search committee in the next few months to identify a permanent new dean. The search is expected to conclude by the end of 2018.