[Episcopal News Service] When the Diocese of San Joaquin meets in convention March 4 to elect a bishop, the path Episcopalians took to get to that moment – and the choice they will make – will be symbolic of the way they are rebuilding their diocese. 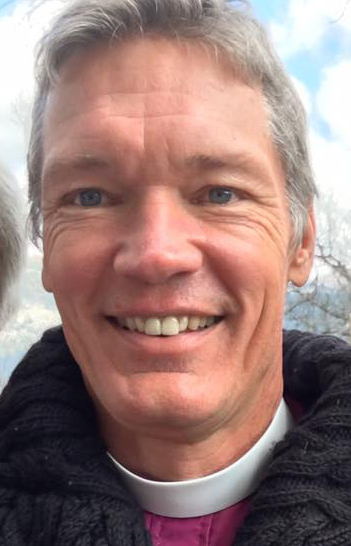 It has been nearly 10 years since an earlier San Joaquin convention voted to disaffiliate with the Episcopal Church. Then-Bishop John-David Schofield, at odds with the Church over the ordination of women and gay clergy and issues of biblical authority, led the Dec. 8, 2007, action by the Central California Valley diocese.

The intervening years have been marked by what Cindy Smith, the current chair of the diocesan standing committee, described as, first, scrambling to recover and trying to heal and then, in the last three years, a change of focus toward moving forward.

The March 4 convention will elect the diocese’s bishop provisional, the Rt. Rev. David Rice, as its diocesan bishop, marking the first time in recent memory that a bishop will make that transition. The election will come without the typical bishop search involving multiple nominees and what diocesan officials estimate would have cost upwards of $50,000.

The diocese paved the canonical way for Rice’s election in October when the annual convention amended its rules (Title I, Section 1.05 here) to allow such an election by a supermajority and only after a bishop provisional has been serving the diocese for at least 18 months.

While such an election may seem unusual, Smith said it feels like the logical next step for the diocese. Diocesan leaders spent 18 months exploring with the presiding bishop and other church authorities the option of making Rice the diocesan bishop, explaining the possibility to Episcopalians in San Joaquin and listening to their reaction.

Smith said the only questions she and others encountered in deanery meetings held to broach the issue were procedural. “The other question was why we waited so long,” she said.

A majority of both the Church’s diocesan standing committees and bishops with jurisdiction will have to agree to Rice’s election as diocesan, as is required in all bishop elections. The San Joaquin standing committee will include a letter about the election process in the documentation sent with the consent request, Smith said.

Most of the other bishops provisional who have helped the Church’s five reorganizing dioceses have been retired bishops not interested in a long-term job. Rice, on the other hand, “has years ahead of him in the bishop business,” Smith said.

When the diocese elected him in March 2014 as the diocese’s third bishop provisional, Rice had since 2008 been the bishop of the Diocese of Waiapu in the Anglican Church in Aotearoa, New Zealand and Polynesia. Born and raised in North Carolina, Rice was a Methodist pastor for eight years prior to his ordination in the Anglican Church in New Zealand.

Rice brought “enthusiasm and motivation and commitment to the diocese,” according to Smith, who added that the diocese wants to reciprocate Rice’s commitment and solidify the relationship that has been growing for the last three years.

“This road map for election may seem slightly odd for some people in the church,” Rice told ENS. “All I would say about that is we’re different. We’re simply doing what we think is consistent with our narrative, how we’re emerging.”

Rice and Smith say the diocese leadership believes that, instead of the normal bishop election process, in which candidates travel the diocese together to introduce themselves, San Joaquin has had a three-year “walkabout,” and the bishop and the diocese have really gotten to know each other.

“We acknowledge full well that there have been monumental attitudinal, behavioral, cultural shifts in this place over a very short period of time, given the past,” Rice said. Before the 2007 vote to leave, Episcopalians experienced tactics that kept them divided. Now, he said, they are “working together, being in this together, and far more consultative, collaborative and collegial than, certainly, this place ever imagined.”

Those changes came as the diocese reconfigured where and how it operates, and began discerning to what mission God is calling local Episcopalians. Rice said he had been talking since before he became a bishop about the church needing to “travel far lighter, to de-accumulate to minimize, to purge” itself.

“What I discovered upon arrival was, all those things I’d been talking about, they’d actually been living here for some time,” he said. Thus, Rice added, he thinks that San Joaquin’s experience can be a template for the rest of the church.

“We’re here through particular circumstances. I believe that most if not all this Church will be in a similar place, albeit through different circumstances, before we know it.”