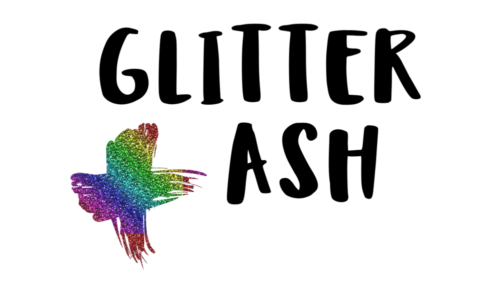 [Episcopal News Service] Ashes on the forehead are arguably the most conspicuous mark of a Christian during the year. Signifying mortality and repentance, they are a visible sign to the world on Ash Wednesday that a believer is preparing for the season of Lent.

It is the conspicuousness of the ashes that the Rev. Elizabeth Edman, an Episcopal priest in the New York City area, saw as an opportunity to convey additional meaning. This Ash Wednesday, with the help of an ecumenical faith-based LGBT advocacy group called Parity, she is starting what she hopes will become an annual tradition for Christians who support gay, lesbian and transgender rights.

The concept behind Glitter Ash Wednesday is exactly as it sounds. Parity has been distributing ashes mixed with purple glitter for free to any clergy member or lay person who requests them for use this Ash Wednesday, March 1. As of last weekend, at least 139 orders had been shipped, Edman said, including to several Episcopal priests around the country.

“I didn’t want to do something that could be interpreted as frivolous and disrespectful,” Edman said, though she understands not everyone will embrace the idea.

Wearing glitter is about more than celebration for the gay community, Edman said. Like ashes for Christians, it is a conspicuous symbol of one’s identity, and she sees that as an appropriate parallel to draw on Ash Wednesday.

The Rev. Joseph Wood, assistant rector at Emmanuel Episcopal Church, is among the clergy participating in Glitter Ash Wednesday, which has its own Facebook page and is generating headlines around the country.

“I’ll be very curious what the response will be tomorrow when people are faced with the reality of glitter ashes,” Wood said in an interview Feb. 28.

He ordered glitter ashes from Parity because he thought it was “a clever idea” that built upon the “ashes to go” ministries that are common on Ash Wednesday. By imposing ashes on street corners, congregations can connect with people where they are, including people who never set foot in a church, he said, and he is bringing the same spirit to glitter ashes.

And although the Episcopal Church has made strides toward welcoming people regardless of sexual orientation, Wood said, “I think it can be easy to kid of rest on our laurels” in the push for “queer equality.”

Wood will offer regular ashes or glitter ashes at the noon and 5:30 p.m. Ash Wednesday services at Emmanuel. The Rev. Karen Coleman plans to do the same at St. James Episcopal Church in Sommerville, Massachusetts, where the congregation holds “ash and dash” hours from 3 to 6:30 p.m.

“We’ve always been a parish that that’s been open and affirming” of gay and lesbian Christians, Coleman said.

Whether worshipers choose traditional ashes or glitter ashes, they won’t have to dash afterward. The church offers a meditation station and encourages people to stay, pray and reflect on the beginning of Lent.

Parity’s website further highlights some of the symbolism that organizers have in mind. Glitter “is like love” as well as “a sign of hope” and a “promise to repent, to show up, to witness, to work. Glitter never gives up – and neither do we.”

The website also notes how glitter has been “an inextricable element of queer history,” particularly because it makes the wearer conspicuous.

Parity offered the ash-glitter mix for free, or for a suggested donation of $10, and the website notes that the glitter ashes have sold out. People looking to receive glitter ashes can check the site’s map of locations. They’re then encouraged to post to social media using the hashtag #GlitterAshWednesday.

The site also emphasizes the religious significance of participation: “Glitter+Ash is an inherently queer sign of Christian belief, blending symbols of mortality and hope, of penance and celebration.”

But that blending of symbols may become spiritually “problematic” and “confusing,” said the Rev. Ruth Meyers, dean of academic affaris and professor of liturgics at Church Divinity School of the Pacific in Berkeley, California. She would advise clergy against incorporating glitter into their Ash Wednesday rituals.

“It’s an ancient symbol of repentance, of regret … our mortality,” Meyers said. “To try to combine that symbol with glitter, which seems to be about a celebration and an affirmation of a particular group of people, seems to confuse the symbols in a way that doesn’t allow either symbol to work.”

The Book of Common Prayer only specifies that ashes should be imposed, without elaborating on the method or mixture, Meyers said. Traditionally the ashes come from the burnt palm fronds from the previous Easter, but even that aspect of Ash Wednesday is merely a custom for Episcopalians.

“People have to make their own well-informed decisions how to do that,” Meyers said. “There isn’t a rule that says, ‘Thou shall use only this for the ashes.’”

Even so, she suggested that people interested in showing solidarity with LGBT causes can take that on as a Lenten discipline without changing the traditional symbolism of the ashes.

For most people, this Ash Wednesday will go on like any other. There does not seem to be widespread adoption of glitter ash in its first year, and participating Episcopal clergy members appear to be offering it in addition to traditional ashes, leaving it up to worshipers whether to add glitter to their observance.

“It really caught my attention, and I wanted to learn more, said Cortright, the priest-in-charge at St. John’s Episcopal Church-Tower Grove in St. Louis, Missouri. “I wish I’d thought of it before.”

Glitter is a substance that clings to you no matter what you do, Cortright said, like “hope that will not fade.”

She ordered the glitter ash and will impose it, as well as traditional ashes, at the church and at an “ashes to go” site on a street corner nearby.

Although most people she has talked to have been supportive, Cortright said she has heard some snarky comments questioning the use of glitter ash.

“I would really ask colleagues to pause and think about what a profound statement it is to our LGBTQ family and reconsider,” she said.

Wood sees in Glitter Ash Wednesday a symbol of solidarity in both the ashes and the glitter.

“We’re all being united in recognition of the bounds of our faith,” he said.

Edman, who also is author of the book “Queer Virtue: What LGBTQ People Know About Life and Love and How It Can Revitalize Christianity,” said she too has heard people express concern that Glitter Ash Wednesday sets the wrong tone. The use of glitter in this context doesn’t convey joy, she said, “it is serious business for us.”

It shows courage in maintaining a deep sense of identity in an often hostile world, she said, and “in the same way, I’m hoping glitter can be a public witness to a very deep faith.”

On Ash Wednesday, she plans to join with the Rev. Marian Edmonds-Allen, Parity’s executive director, and distribute glitter ashes in Manhattan at Stonewall National Monument, site of the 1969 Stonewall riots, which galvanized the early gay rights movement.

Meyers, despite her reservations about glitter ash, supports the Episcopal Church’s efforts to open its doors fully to gays and lesbians. She serves on the steering committee of the Chicago Consultation, a group of Episcopal clergy, bishops and lay people who support those efforts toward inclusion.

And as chair of the Episcopal Church’s Standing Commission on Liturgy and Music from 2009 to 2015, she oversaw the commission’s drafting of rites for same-sex marriages. Based on the commission’s work, General Convention in 2015  made canonical and liturgical changes to provide marriage equality for Episcopalians.

“I see people who are lesbian, gay, bisexual, transgender, queer as part of God’s wonderfully diverse humanity,” Meyers said. “I am delighted that the Episcopal Church has moved more and more into a welcoming stance.”