[Episcopal News Service] A “peace camp” for children in New Mexico, translated into a new program for adults.

American cultural assimilation classes for women who recently arrived in Dallas as refugees.

Ecumenical outreach in the black community by a half dozen predominantly white churches in east Texas, where hate groups have been reported in alarming numbers.

The Episcopal Church’s Province VII is pursuing racial reconciliation ideas as varied as the province’s 12 dioceses, and these efforts are getting an added boost this year through an initiative by the province called Building Bridges: Reaching Across the Lines. The province’s Anti-Racism Network lined up seven projects this spring and summer, and the Episcopal Church announced this month that Building Bridges was awarded one of its 2017 Constable Grants. 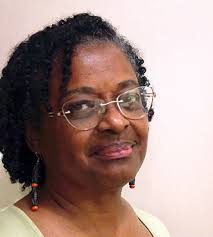 “Sometimes people live just across the street, across the train track, across the way by just a couple miles, and culturally they don’t see each other,” said Ayesha Mutope-Johnson, who leads the Province VII Anti-Racism Network.

Building Bridges, then, is a metaphor for crossing those racial and cultural divides, she said, noting racial reconciliation is a priority identified by the Episcopal Church at General Convention and emphasized by Presiding Bishop Michael Curry.

Racial reconciliation is a theme found in several of the seven initiatives that received $380,000 in Constable grants this year. Episcopal Migration Ministries was awarded $60,000 to train Episcopalians to be “agents of reconciliation” for refugees in their communities. Province IX will receive $40,000 to develop a Spanish-language youth event. The grants are named after Mary Louise Constable, who left money after her death in 1951 to pay for religious education programs not already included in the church’s budget.

Building Bridges will receive just under $30,000 to support programs from Louisiana to New Mexico and Texas to Kansas. Mutope-Johnson has recruited 24 people from across the 12 dioceses to take the lead locally as part of the Anti-Racism Network.

“Network members have identified myriad program needs in our area, where issues of race, privilege and reconciliation have been neglected for a very long time,” Province VII said in its grant application. “It is the goal of the Network to take aggressive steps to begin the process of reconciliation.”
Some of the money will be used to expand existing efforts, while other projects are new and will be launched this spring or summer:

Kansas City, Diocese of West Missouri: St. Augustine’s is one of the only historically black Episcopal churches in the region, but with gentrification changing the demographics of its community, the church is working with the Anti-Racism Network to hold welcoming events that will draw people of all races.

Kansas City, Diocese of West Missouri: St. Andrew’s has participated for many years in a local MissionPalooza youth outreach program. This year the predominantly white congregation will invite youths from a local African Methodist-Episcopal church to take part with them.

New Mexico, Diocese of the Rio Grande: The diocese will receive money to bring back a multicultural interfaith camp offered in July in Roswell. The peace-focused camp also will be adapted for adults in a separate retreat in Taos, likely with an emphasis on storytelling exercises.

Dallas, Diocese of Dallas:  The diocese will build on the work of Gateway of Grace, an organization formed by a former Iranian refugee.  Grant money will support efforts to teach cultural assimilation, English and other skills to refugee women who are new to this country.

Diocese of Texas: The Anti-Racism Network is coordinating with six predominantly white congregations in east Texas, a region where the Southern Poverty Law Center has reported activity by the Ku Klux Klan and other hate groups. With the province’s support, the congregations plan to hold community events that will bring people of all races together.

Diocese of Western Louisiana: Province VII is working with Episcopal leaders in Louisiana to schedule three anti-racism training sessions this year to accommodate 150 lay and clergy leaders in the diocese. Such efforts mirror the racial reconciliation work in other dioceses around the country.

“Many of our dioceses and quite a few of our provinces are in various stages of getting this done, and some have not even started,” Mutope-Johnson said.

Some of the plans underway this year in Province VII are ambitious, she said, but since they mostly rely on volunteers, none of the money from the Constable grant will be spent on personnel.